How much is Jay Penske Worth?

Jay Penske net worth and salary: Jay Penske is an American media and publishing entrepreneur who has a net worth of $200 million dollars. Jay Penske was born in New York City and currently resides in Los Angeles. He was a standout lacrosse player for St. Mary's where he set records for most goals, assists, and points in school history and was named Player of the Year by USA Today. Today he is probably most well known for being the founder, Chairman, and CEO of digital media and publishing company PMC (Penske Media Corporation). He is the former owner of Mail.com, which he founded in 2010. Mail.com was reportedly sold for 50 to 100 million Euros. Today, PMC owns Variety Magazine and Deadline.com. Penske also cofounded Firefly Mobile, Inc. and owns Dragon Books, Ltd. He has been named as one of the 10 best dressed men in the world by Vanity Fair in 2010. He owns a very successful IndyCar series racing team, along with the Chairman of Seagate Technologies, Steve Luczo, called Luczo Dragon Racing. Their driver Raphael Matos was the rookie of the year in 2009. Penske became sole owner of the team in 2011 and changed the name to Dragon Racing. In 2013 Dragon Racing entered the FIA Formula E Championship. Penske is invovled in several different charities, most notably he is an Executive Council member for the Quill Awards. 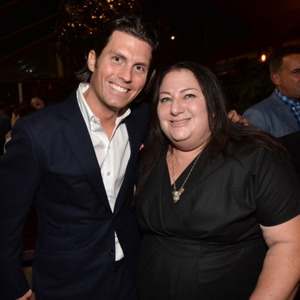