Jason Robins net worth and salary: Jason Robins is an American businessman and entrepreneur who has a net worth of $140 million. He is best known for being the CEO of DraftKings. As of this writing Jason owns 187,500 shares of Draft Kings which (presuming a price per share of $40) are worth around $75 million as of this writing. He has sold $70 million worth of Draft Kings stock to date and makes a base salary of $1.2 million.

Jason Robins co-founded the daily fantasy sports and sports betting operator DraftKings in 2012 with Matthew Kalish and Paul Liberman. The three were former Vistaprint employees. In 2017 Robins announced that DraftKings had about eight million users. DraftKings became the first daily fantasy sports company to sign a league partnership when they did so with Major League Baseball in 2013. They went on to form partnerships with the National Hockey League and NASCAR. DraftKings is also the exclusive partner of 12 National Football League Teams as well as 27 MLB teams, seven National Basketball League teams, and seven NHL teams. Jason Robins graduated from Duke University and lives in the Boston, Massachusetts area. He has invested in companies including LovePop and Trufan. 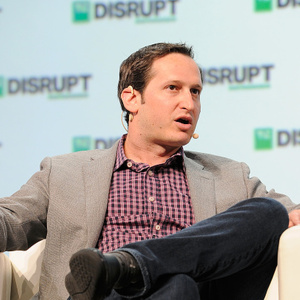