What Is Jann Wenner's Net Worth?

Jann Wenner is an American publisher, entrepreneur, and producer who has a net worth of $600 million. Wenner Is the co-founder and publisher of "Rolling Stone" magazine, and he also co-founded the Rock and Roll Hall of Fame. Jann was part of the Free Speech Movement, and he co-founded "Rolling Stone" with Ralph J. Gleason in 1967. He backed writers Hunter S. Thompson, Joe Klein, and Cameron Crowe, discovered photographer Annie Liebovitz, and has conducted interviews with Bill Clinton, John Kerry, Al Gore, Barack Obama, and Bono of U2.

Wenner founded "Outside" magazine in 1977 and purchased "Us Weekly" in 1986, and he formerly owned "Men's Journal." Jann also produced Boz Scagg's 1969 self-titled debut album as well as several Rock and Roll Hall of Fame Induction Ceremony specials, the TV movies "Rolling Stone Magazine: The 10th Anniversary" (1977) "Rolling Stone Presents Twenty Years of Rock & Roll" (1987), and the television series "I'm from Rolling Stone" (2007). He earned a Primetime Emmy nomination for producing the 2009 TV special "The 25th Anniversary Rock and Roll Hall of Fame Concert." Wenner had a cameo in the 2000 Cameron Crowe film "Almost Famous," and he was also a character in the movie, portrayed by Eion Bailey.

Jann Wenner was born Jann Simon Wenner on January 7, 1947, in New York City. Wenner is from a secular Jewish family, and his parents, Edward and Sim, divorced in 1958. After the divorce, Jann and his sisters, Merlyn and Kate, were sent away to boarding schools. Wenner graduated from the Chadwick School in Los Angeles in 1963, then he enrolled at the University of California, Berkeley. Before he dropped out of college in 1966, Jann produced a column called "Something's Happening" in the student newspaper, "The Daily Californian." Wenner's mentor, jazz critic Ralph J. Gleason of the "San Francisco Chronicle," helped him get a job at "Ramparts" magazine.

Wenner and Gleason co-founded "Rolling Stone" magazine in 1967 in San Francisco after Jann borrowed $7,500 from his family and the family of his future wife, Jane Schindelheim. In 1977, "Rolling Stone" moved its headquarters to New York City, and though circulation declined in the late '70s and early '80s, by 2006, the magazine's circulation reached an all-time high of 1.5 million copies every two weeks. The magazine published its 1,000th issue in May 2006, with a 3-D holographic cover. A 2005 interview Jann conducted with U2's Bono earned a National Magazine Award nomination. In 1977, he founded "Outside" magazine, then he sold it in 1978. Wenner managed "Look" magazine briefly, and he started "Family Life" magazine in 1993. He bought "US Weekly" with The Walt Disney Company in 1986, and in 2006, he purchased Disney's share of the magazine. In September 2016, it was reported that Jann was selling a 49% stake in "Rolling Stone" to BandLab Technologies, a company from Singapore. A year later, Wenner Media announced that the remaining stake was for sale, and Penske Media Corporation purchased it and later bought BandLab's 49% stake. Jann and "Rolling Stone" have been written about in the books "Gone Crazy and Back Again" (Robert Sam Anson), "Sticky Fingers: The Life and Times of Jann Wenner and Rolling Stone Magazine" (Joe Hagan), and "Rolling Stone: The Uncensored History" (Robert Draper).

In 1983, Wenner became a member of the Rock and Roll Hall of Fame Foundation. Fans of numerous artists have blamed him for their exclusion from the Hall of Fame, alleging that Jann has lobbied to keep certain artists from being nominated due to personal bias. Peter Tork of The Monkees told the "New York Post" in 2007, "Jann Wenner is single-handedly keeping us out of the Hall of Fame." Tork went on to say that Wenner "doesn't care what the rules are and just operates how he sees fit. It is an abuse of power. I don't know whether The Monkees belong in the Hall of Fame, but it's pretty clear that we're not in there because of a personal whim." Jann left his position as chairman of the Rock and Roll Hall of Fame Foundation in 2020. 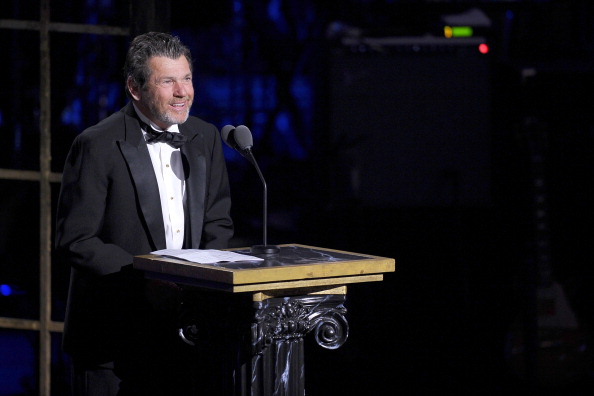 Jann married Jane E. Schindelheim on July 1, 1968, and they welcomed sons Alexander, Theodore, and Edward (better known as Gus) before separating in 1995. Their divorce was finalized in 2011, and after the split, Jane continued to serve as Wenner Media's vice president. Gus also works for the company as head of digital operations. In 1995, Jann began a relationship with fashion designer Matt Nye, and they have had three children, son Noah and twins India and Jude, via surrogate mothers. Between 2004 and 2006, Wenner donated more than $60,000 to liberal organizations and Democratic candidates.

Jann was inducted into the Rock and Roll Hall of Fame in 2004, receiving a Lifetime Achievement in the nonperformer category. In 2010, Wenner received the Norman Mailer Prize for Lifetime Achievement in Magazine Publishing. That year he also earned a Primetime Emmy nomination for Outstanding Variety, Music or Comedy Special for "The 25th Anniversary Rock and Roll Hall of Fame Concert," along with fellow executive producers Tom Hanks, Gary Goetzman, Joel Gallen, and Joel Peresman.

In 2009, Wenner and Nye paid $11.9 million for a 6,300 square foot home in Montauk, New York. The waterfront home includes eight bedrooms and 6.5 bathrooms, and it sits on 1.5 acres of land. At the time of the sale, Jann owned at least five other properties, including a 9,030 square foot Manhattan brownstone, a 6,540 square foot Manhattan town home, and a ski condo and ranch in Sun Valley, Idaho. 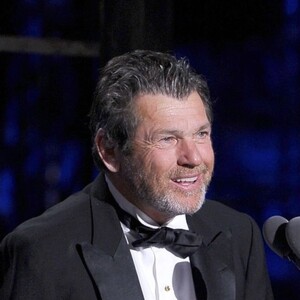