James Siminoff net worth: James Siminoff is an American entrepreneur who has a net worth of $300 million. James Siminoff is the founder and CEO of the Ring doorbell. He famously appeared on Shark Tank in November 2013 to pitch his company which was then called DoorBot. DoorBot was pitched as a wifi-enabled "video doorbell" that synced to the user's smartphone allowing them to see who was ringing their door in real time. The DoorBot also came equipped with a burglary-deterrent feature that allowed users to pretend they were in the house when they actually weren't.

When Jamie appeared on the show he was already doing around $1 million in annual sales. A very impressive small business. He was seeking an investment to take his product to the next level. He asked the sharks to invest $700,000 for a 10% investment in his company. That's a $7 million valuation. He received four rejections. His one offer, from Kevin O'Leary, was a complicated loan/royalty deal that Jamie rejected. After appearing on Shark Tank, DoorBot changed its name to Ring and proceeded to sell $5 million worth of product. They also attracted investors like Richard Branson and Goldman Sachs who eventually pumped $200 million into the company. On February 27, 2018 it was revealed that Amazon was buying Ring for $1.2 – $1.8 billion. It is believed that Jamie owns 20-30% of Ring. That would mean Jamie grossed somewhere between $360 and $540 million before taxes. After taxes his cut would be around $180 – $270 million. Oh and btw, that $700,000 investment for 10% of the company ultimately would have been worth $120 – $180 million. 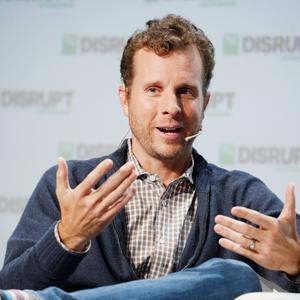