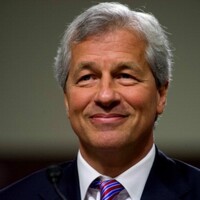 What is Jamie Dimon's net worth and salary?

Jamie Dimon is an American billionaire investment banker and CEO who has a net worth of $2 billion. Jamie Dimon earned his net worth from his current position as the CEO and chairman of JPMorgan Chase & Co, currently the largest American bank. Time Magazine has named Jamie one the world's 100 Most Influential People in 2006, 2008, 2009 and 2011.

In addition, he was on the board of directors of the Federal Reserve Bank of New York. Notably, Dimon is one of the few bank chief executives to become a billionaire without being a founder of the bank. He is one of the few people in history to go from non-founding employee to billionaire.

James Dimon was born in 1956 in New York City, New York to Greek immigrants Themis and Theodore. He has an older brother named Peter and a fraternal twin brother named Ted. Both Dimon's father and grandfather were stockbrokers at Shearson. As a youth, Dimon went to the all-boys Browning School. He went on to attend Tufts University, where he studied economics and psychology and graduated summa cum laude. Following his graduation, Dimon worked in management consulting for a couple of years before enrolling at Harvard Business School. During the summer, he worked at Goldman Sachs. Dimon graduated with his MBA in 1982. Subsequently, at the advice of banker Sandy Weill, he turned down offers from Morgan Stanley, Goldman Sachs, and Lehman Brothers to join Weill as an assistant at American Express, where Dimon's father was an executive vice president.

When Weill departed from American Express in 1985, Dimon followed. Together, the pair went on to take over the consumer finance company Commercial Credit. At Commercial Credit, Dimon served as the chief financial officer and helped to turn the company around. Then, via a series of mergers and acquisitions, Dimon and Weill managed to form the financial services conglomerate Citigroup in 1998. Shortly after, Dimon left Citigroup when Weill asked him to resign.

Upon leaving the company, Jamie sold 2.3 million Citigroup shares for a pre-tax profit of $110 million.

In early 2000, Dimon became CEO of Bank One, the fifth largest bank in the United States at the time. Four years later, when the bank was bought by JPMorgan Chase, Dimon became president and chief operating officer of the company. Subsequently, on New Year's Eve in 2005, he was named CEO of JPMorgan Chase. Exactly one year later, he became chairman and president. Thanks in part to the acquisitions made under Dimon's leadership, JPMorgan Chase became the leading US bank in domestic assets under market capitalization value, management, and publicly traded stock value.

In May of 2012, JPMorgan Chase launched an emergency conference call to report a loss of at least $2 billion in trades. Dimon claimed the trades were poorly reviewed and executed, and were designed to hedge the bank's credit risks. Following a nine-month investigation, a US Senate report stated that Dimon had misled investors and regulators, and that the bank hid losses and dodged oversight. As a result, Dimon's compensation was reduced for the fiscal year 2011. Despite the scandal and fines, it was announced that Dimon would earn $20 million for his work during 2013, which saw record profits and stock prices.

During his tenure as head of JPMorgan Chase in 2008, Dimon oversaw the transfer of $25 billion in funds from the US Treasury Department to the bank, carried out under the Troubled Asset Relief Program. It was the fifth largest amount ever transferred under Section A of TARP to assist with troubled assets related to residential mortgages. However, by early 2009, the government had not moved forward with the funding. The deal was highly controversial, as JPMorgan Chase was among the most economically stable of all the large US banks and did not need to take the funds. 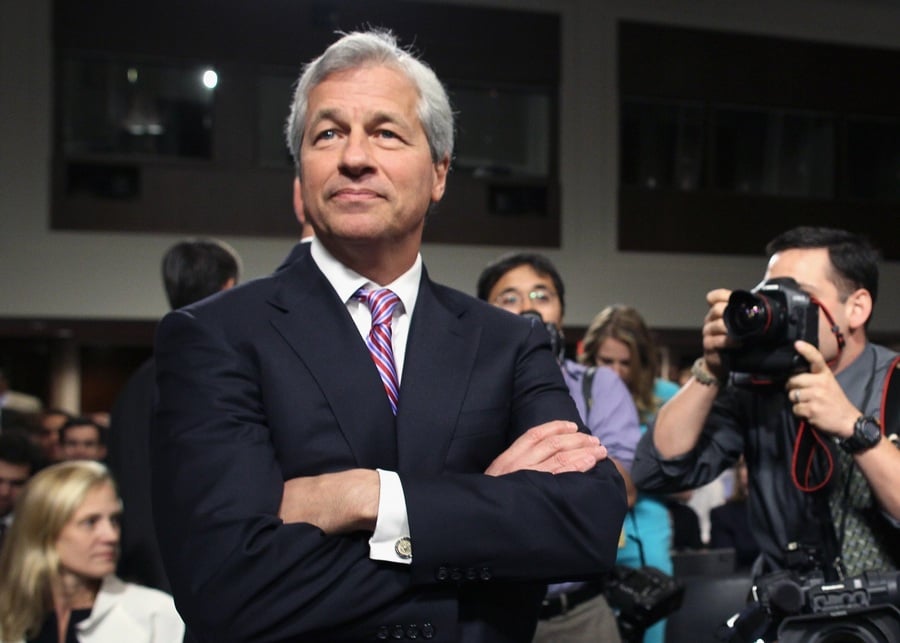 In a typical year Jamie earns a base salary of $27.5 million. With other forms of compensation including bonuses, stock options, private jet usage and personal security, Jamie's annual total compensation typically tops $30-40 million.

In June 2015 Jamie Dimon's net worth topped $1 billion for the first time. During his time at JP Morgan, Jamie has earned approximately $120 million in salary and dividends. He has also been generously awarded with stock. According to a company filing at that time, Jamie owned 6.1 million shares of JP Morgan, which at that point were worth $793 million. Jamie also owns an additional $80 million worth of exercisable options, for a grand total value of $873 million. At the lowest low-point of the 2008 financial crisis, his holdings were worth a little under $100 million.

Outside of stock investments, he owns $30 – $40 million worth of real estate, including a Park Avenue apartment and a 30-acre property in Bedford Corners, New York.

According to Bloomberg, Jamie's non-JP Morgan related financial assets are currently worth slightly north of $500 million.

Dimon is mostly affiliated with the Democratic Party, to which he frequently donates. He has had close ties with some members of the Obama administration, including former Chief of Staff Rahm Emanuel. Additionally, he was named by the Associated Press as one of three CEOs, along with Vikram Pandit and Lloyd Blankfein, to have had access to former Treasury Secretary Timothy Geithner.

Despite his Democratic leanings, Dimon often publicly dissented from some of Obama's policies. Moreover, in December of 2016, he joined a business forum assembled by Donald Trump to offer policy advice on economic issues.

While attending Harvard Business School, Dimon met Judith Kent. After graduating, the couple married in 1983. Together, they have three daughters: Julia, Laura, and Kara Leigh.

In 2014, Dimon was diagnosed with throat cancer; he subsequently underwent eight weeks of radiation and chemotherapy. Later, in 2020, he underwent emergency heart surgery to repair a tear in his aorta. Following his recovery, he returned to work in a remote capacity due to the COVID pandemic.

Among his accolades, Dimon received the Golden Plate Award of the American Academy of Achievement in 2006, presented by Chicago mayor Richard M. Daley. In 2010, Dimon was named the Executives' Club of Chicago's International Executive of the Year. Other honors have included the National Association of Corporate Directors Directorship 100, the Intrepid Salute Award, and the Americas Society Gold Medal. Additionally, Dimon was included on Time magazine's list of the 100 most influential people in the world in 2006, 2008, 2009, and 2011.