Jake Burton Carpenter Net Worth: Jake Burton Carpenter wa san American snowboarder and business entrepreneur who had a net worth of $300 million at the time of his death in November 2019. Jake Burton Carpenter earned his net worth as founder of the American snowboard manufacturer Burton Snowboards. He was born on April 29, 1954 in New York City. He grew up in Cedarhurst, New York. He attended high school at the Brooks School North Andover, Massachusetts but graduated from The Marvelwood School in Cornwall, CT. He attended the University of Colorado in Boulder. Jake hoped to join the schools ski team but a car accident derailed his competitive dreams. He later graduated from New York University with a degree in economics. One of his goals after college was to improve his snowboarding skills so he worked from a barn in Londonderry, Vermont. Here he practiced the Snurfer, which is a basic toy snowboard which featured a rope to allow the rider some basic SMD control over the board. In the 1970s he was among a small group of snow entrepreneurs who began manufacturing and selling snowboards.

In 1977 he founded Burton Snowboards. Over the next few decades the company would come to dominate not just snowboards, but a lifestyle of active wear and accessories. As of this writing, the company – which is still privately owned – has 600 employees and generates hundreds of millions per year in revenue.

Unfortunately, Jake Burton Carpenter died on November 20, 2019 after a re-occurrence of cancer. 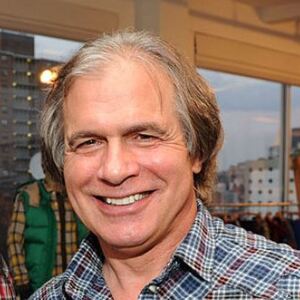