Jaiah Kai Kai is an American internet entrepreneur who has a net worth of $2.8 million dollars. Jaiah Kai Kai is best known for inventing the energy drink Gym Molly and for being a member of the prestigious Kai Kai family.

Before founding Gym Molly, Jaiah was a Senior IT Project Manager for NBCUniversal. He is a Graduate of the University of Maryland where he received two bachelor's degrees (Business & Criminal Justice). He also holds a CAPM from The Project Management Institute.

Jaiah is a 1st generation American, whose family is originally from the West African Nation, Sierra Leone. Jaiah Kai Kai is the son of Septimus Kai Kai (Sierra Leone's Minister of Information & Broadcasting). The Kai Kai family is a prominent West African political family that has a long history of impacting African politics, entertainment, and business. 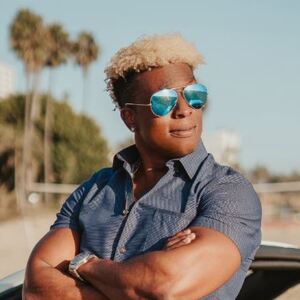