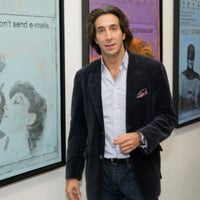 Jacques Azoulay net worth: Jacques Azoulay is a French business man who has a net worth of $10 million dollars. He is the founder of Katope International SA, a French company devoted to the marketing, distribution, export, and sale of exotic fruits and vegetables. The company is based in Rungis, France, and also has offices in South Africa, Japan, and the United Kingdom. He currently serves as the company's Chairman and CEO. For a few years in the late 2000s, he also served as the Non-Executive Director of Intertrading, Ltd. He is most widely recognized in the United States, as the boyfriend of "The Real Housewives of New York" cast member, LuAnn de Lesseps. The pair has recently been in the headlines, as Mr. Azoulay has been discussing their possible marriage and children with the press. "The Real Housewives of New York" follows a group of successful women during their daily lives in New York, and recently aired its fifth season.