She is married to former NBA player, Doug Christie. The show follows women who are currently in, or were formerly in relationships with professional basketball players. Jackie Christie is considered by many to be the most controversial cast member, as she is known for a tendency to be domineering and very outspoken. She has also been repeatedly accused of being a pathological liar, and various members of the cast have asked for her dismissal from the series. She is the author of five self-help/motivational books, and runs her own lifestyle and entertainment company called BSM Media. She is also the CEO of Jean Fya Records, an independent record label. Christie has an unusual method for ensuring her husband stays faithful to her. On their wedding anniversary each year, the two renew their vows. The Christies have two children in addition to Jackie's daughter from a prior relationship. The couple currently co-run their own publishing company, Infinite Love Publishing. Basketball Wives debuted in 2010 and ran until 2013 until being revived in 2017. Christie guested on the show during season two and was a main cast member starting in season six. The reality TV series Basketball Wives LA ran for five seasons and 71 episodes from 2011 to 2016 with Christie being featured as a main character the whole run. As an actress she appeared in the films Deceitful in 2013 and Lucky Girl in 2015. Christie also executive produced the movie Lucky Girl and directed and executive produced the 2015 video short Bossard Cognac: The Good Life.

In 2006 she also starred in the TV series Committed: The Christies. 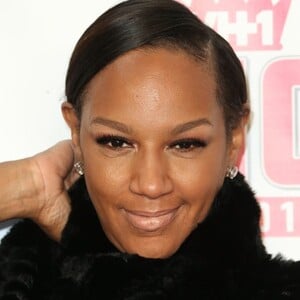