Jack Welch net worth and salary: Jack Welch was an American business executive, author and former chemical engineer who had a net worth of $750 million at the time of his death in 2020. Jack Welch was one of the world's most honored and notable CEOs, primarily known for being General Electric's Chairman and CEO from 1981 to 2001. Under his hat, the company's value rose 4000%, thanks to his unique management practices collectively called The Welch Way.

He was born John Francis "Jack" Welch, Jr on November 19, 1935, in Peabody, Massachusetts. He was raised by a working class family. After he graduated from the University of Massachusetts and received his PhD in Chemical Engineering from the University of Illinois, Jack joined GE at the age of 24. Working his way up through company's various departments, became CEO position at the age of 45. During his 21-year-long tenure as CEO, Jack transformed GE into one of the world's most successful and admired companies.

Retirement Package: After consistently earning tens of millions in salary and stock bonuses for decades, Jack was handsomely rewarded upon his retirement. His retirement package, including pension benefits, was estimated to be worth $417 million. In today's dollars his package was worth $600 million before taxes.

After retiring he wrote several business books which went on to be best-sellers. He was paid $7 million advance for his book "Straight From the Gut". He also served as an private equity advisor, business commentator and professor. 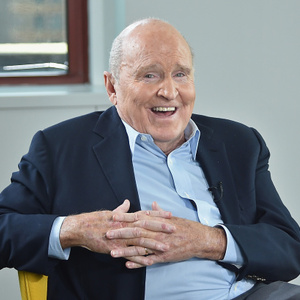