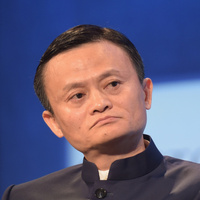 What is Jack Ma's Net Worth and Salary?

Jack Ma is a Chinese businessman and investor who has a net worth of $34 billion. He is best known as the co-founder and former executive chairman of the multinational conglomerate, Alibaba Group. He has at times been the richest person in China and the richest person on the continent of Asia.

Jack Ma, also known by his Chinese name Ma Yun, was born in the city of Hangzhou in Zhejiang, China, on September 10, 1964. He expressed an interest in learning English from a young age, studying the language and practicing by conversing with English-speakers at the Hangzhou International Hotel. He also gave tours to visitors for nine years in order to practice his English. It is one of these foreigners he befriended and later become pen pals with that gave him the nickname "Jack."

Ma struggled to attend university due to his poor performance on the Chinese university entrance exams. The exams are held only once a year, and it took Ma four years to pass. He eventually attended Hangzhou Teacher's Institute (now known as Hangzhou Normal University), and graduated in 1988 with a Bachelor of Arts in English.

After graduation, Ma became a lecturer in English and international trade at Hangzhou Dianzi University. He infamously applied to and was rejected by Harvard Business School ten times. He also has stated that he had applied to thirty different jobs, and was rejected by all of them. He started his own company, Hangzhou Haibo Translation Agency, in 1994. On a trip to the United States with friends in 1995, Ma was introduced to the internet. After not finding any information on beer from China, despite this information being available on the beer of many other countries, Ma and a friend created a website related to China and launched their own website. Within a few hours, he had reportedly received several emails from Chinese investors wanting to know more about him. Realizing the potential of the internet, Ma and computer teacher He Yibing opened the first office for China Pages, starting Ma's second company. They registered the domain "chinapages.com" in the United States in May 1995, and had made 5 million Chinese yuan within three years (equivalent to US $800,000 at the time). Thus, Ma began building websites for Chinese companies with the help from friends in the US.

From 1998 to 19999, Ma was the head of an information technology company established by the China International Electronic Commerce Center, a department of the Chinese Ministry of Foreign Trade and Economic Cooperation, but quit in 1999 to return to Hangzhou.

Back in Hangzhou, Ma founded Alibaba, a China-based business-to-business marketplace site, in his apartment with the help of eighteen of his friends. In October 1999 and January 2000, Alibaba won a total of $25 million foreign venture capital investment.

Over the last 15 years, Alibaba has grown exponentially. Today the company is the largest commerce site in the world, bigger than than eBay and Amazon.com combined. The company now has 280 million active customers from over 240 countries who transacted just under $300 billion worth of goods and services between June of 2013 and June 2014. The company currently has six active subsidiaries, including Alibaba.com, Tmall.com, eTao, Alibaba Cloud Computing, Taobao Marketplace, and Yahoo! China. He has been awarded multiple business honors, including being named to Fortune Magazine's "25 Most Powerful People in Asia" list in 2005, and being chosen as Businessweek's "Businessperson of the Year" in 2007. He announced on September 10, 2018 that he would be stepping down as executive chairman of Alibaba Group Holding, with his position being taken over by Daniel Zhang. 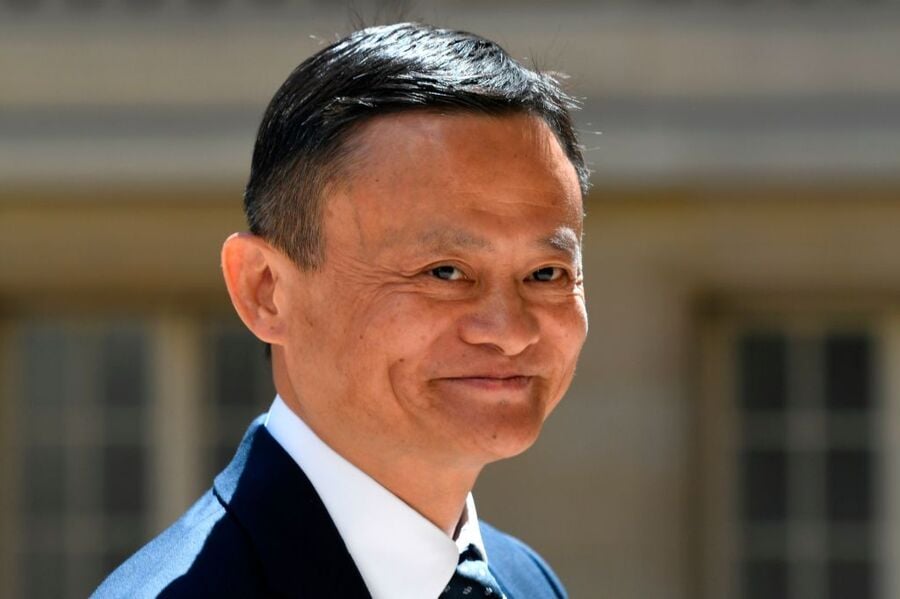 Ma's wealth mostly comes from his 6.3 percent stake in Alibaba Group Holdings, roughly 160 million shares, and the online payment service Alipay. Ma also controls Ant Financial, which raised $4.5 billion from investors in a funding round in 2016 for an implied valuation of $60 billion, although it may be as high as $75 billion. He has pledged to dilute his ownership in Ant before their IPO. Ma also has a 70 percent interest in the Cayman Islands based company APN. He also controls an additional 35 million shares, worth $3.2 billion, that have been set aside for a non-profit organization called the SymAsia Foundation.

In addition to his stake in Alibaba, Jack owns 48.5% of a company called Zheijang Ant Small % Micro Financial which is a holding company for an entity called Alipay. Alipay is essentially China's version of Paypal. Alipay is currently valued at $25 billion, which puts another $12.1 billion into Jack's pockets. When you combine Jack's $12.1 billion Alipay stake with his Alibaba stake, you'll arrive at his total net worth of $44 billion.

Ma met his wife Zhang Ying while they were both studying at university. They married in the late 1980s, and have three children together. Ma owns several properties around the world, including Château de Sours in Bordeaux, Château Guerry in Côtes de Bourg, and Château Perenne in Blaye, Côtes de Bordeaux, all in France. In 2015, he acquired a sprawling piece of real estate in New York's Adirondacks for $23 million. The property was purchased largely with environmental conservation in mind, but according to a statement made by one of his spokespeople, Ma is also planning to use the estate for vacations and retreats on occasion. The estate, called Brandon Park, is made up of several thousands of acres. There are 9+ miles of the St. Regis River within the lines of the property, as well as assorted lakes, ponds, and streams. Then there's the 1940s-era log camp, a stable, two homes, and multiple lean-tos. There's also a private maple syrup manufacturing operation.