Isak Andic net worth: Isak Andic is a Spanish entrepreneur who has a net worth of $5.8 billion. Isak Andic co-founded the clothing design and manufacturing company Mango back in 1984, along with his brother Nahman Andic. Since then, Mango has grown into a company that generates 82% of sales outside Spain and oversees about 2600 stores across 109 countries worldwide, from the Dutch Antilles to China.

The group, which made its name for both producing and selling reasonably priced, trendy women's apparel, has opened 800 "corner" stores within other retailers over the last few years. However, this didn't stop the sales and profits drop, especially in 2011. Thus, Mango introduced some far-reaching changes including a 20% reduction in prices, a return to basic designs and shifting clothing production in-house. Today, Isak's son and apparent heir supervises He by Mango, the retailer's line for men, as well as he took over the position of Deputy President in 2012, just below his father on the company's employment chart. What's more, Kate Moss was recently replaced by Australian model Miranda Kerr as the face of the brand. In addition to Mango, Andic also owns shares in Banco Sabadell, one of Spain's largest banking groups. The media-shy entrepreneur and his family moved to Spain from Turkey in the 1960s. Now, Isak Andic is one of the richest people in Spain who loves to spend his free time sailing on his yacht called the Nirvana. 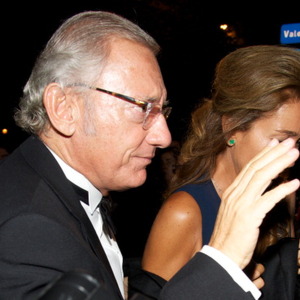