Isaac Larian net worth: Isaac Larian is an Iranian businessman and entrepreneur who has a net worth of $1.1 billion dollars. Isaac Larian earned his fortune as the founder and CEO of the largest privately-owned toy company in the world, MGA Entertainment. His company is probably best known for toy lines Bratz, Little Tikes, L.O.L. Surprise! and many more.

Isaac Larian was born in Kashan, Iran in March 1954. Larian grew up in Iran and moved to the United States at 17 by himself. He graduated from California State University, Los Angeles and started a business to export electronic goods. The company expanded in 2000 to create, develop, and market the Bratz doll. Today the company generates roughly $2 billion per year in annual revenue. In 2004 Larian was awarded the Ernst & Young Entrepreneur of the Year Award for the consumer products category. In 2007 he was named the overall national Ernst & Young Entrepreneur of the Year. In 2016 the company debuted the L.O.L. Surprise! line. Two years later the company had sold over 800 million units. It was the best-selling doll in the world in 2017.

In 2018, Larian made headlines when he put in an $890 million bid to buy Toys R Us out of bankruptcy.

Real Estate: In the 1990s Isaac and his wife Angela custom-built an 11,000 square-foot mansion in the ultra-exclusive Holmby Hills neighborhood of Los Angeles.

In 2017 Isaac and Angela paid $24 million for a Frank Gehry-designed oceanfront home in Malibu.

In September 2020, Isaac's daughter and her real estate developer husband paid $29 million for a nearby mansion. 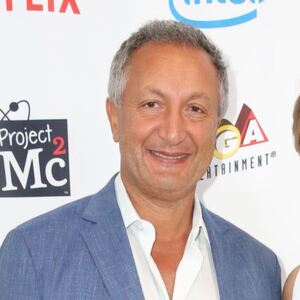