Irene Rosenfeld Net Worth and salary: Irene Rosenfeld is an American businesswoman who has a net worth of $80 million. Irene Rosenfeld is the current Chairman and CEO of Mondelez International. Irene Blecker Rosenfeld was born in Westbury, New York in May 1953. Irene earned a Ph.D. in Marketing and Statistics, a Master of Science in Business, and a Bachelor of Arts in Psychology for Cornell University.

She started her career at the Dancer Fitzgerald Sample advertising agency and then joined General Foods doing consumer research. She was appointed Chairperson and Chief Executive Officer of Frito-Lay in 2004. She became Chief Executive Officer of Kraft Foods in 2006. The Wall Street Journal named Rosenfeld #6 on their 2008 list of 50 Women to Watch. She has been listed by Forbes many time as one of the 100 most power women in the world. She was ranked #15 in 2014, right behind Oprah Winfrey. Her salary was $10.5 million in 2009 and in 2010 she earned a total of $19.29 million. Kraft Foods split into two companies in 2011 and Rosenfeld stayed on as the chairperson of global snacking agency Mondelez International, Inc. Irene is married to husband Richard and has two daughters. 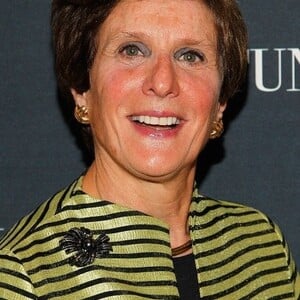