Howard Stringer net worth and salary: Howard Stringer is a Welsh businessman who has a net worth of $90 million. Sir Howard Stringer was born in Cardiff, Wales, United Kingdom in February 1942. He is best known for serving as Chairman of the Board, chairman, president, and CEO of Sony Corporation. He received a Master of Arts in Modern History from the University of Oxford.

Stringer was knight by Queen Elizabeth II in 1999. He moved to the United States in 1965 and worked at a New York City CBS affiliate. He was drafted into the United States Army where he served in the Vietnam War. He answered phones for The Ed Sullivan Show and went on to become a journalist, producer, and senior executive. From 1988 to 1995 he was the president of CBS. During his time at CBS he won nine Emmy Awards. In 1995 he left CBS and started TELE-TV. He stayed with the company two years until he left for Sony. He worked at Sony as president of the US operational unit in 1997 and became a group executive officer in 1998. Starting in 2005 he became the chairman and CEO of Sony. Stringer became president of Sony Corporation in 2009. He stepped down as President and CEO in 2012 and in 2013 he retired as Chairman of the Board. In March 2019 Howard listed his NYC apartment for $21 million. He bought the apartment in 2005 for $16 million. At the time he said he and his wife were selling because they planned to move back to London. 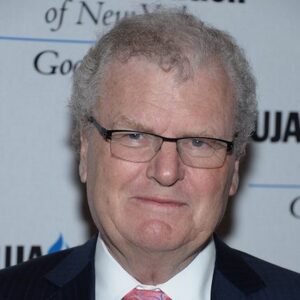