Howard Kessler Net Worth: Howard Kessler is an American businessman who has a net worth of $300 million. Today, he is best recognized as the founder of Kessler Group that offers marketing solutions and credit card strategies for major financial services providers worldwide. Back in 1982, Kessler was the initiator of the affinity credit card concept and also is considered to be the pioneer of many ideas behind credit cards in general.

Actually, he made his beginnings in the late 1970s when he was selling installment loans to teachers. It was the success of this idea that motivated him to introduce the concept of affinity credit card in the first place. Thus, he created the Kessler group that has remained successful by improving its services as demanded by the ever-changing marketplace and market trends. Furthermore, Howard Kessler is well known for his brave decisions and his ability to come up with creative solutions to some deadlock situations. In 2007, Kessler sold a portion of Kessler Group to J.C Flowers & Company and introduced a new subsidiary called Kessler Capital Holdings. Business aside, Kessler is also a great charity supporter. He and his wife, Michele, are well known philanthropists and they have won many public service awards, like the Red Cross Lifetime Achievement Award and the Carolyn, Peter Lynch Award and Ellis Island Medal of Honor. 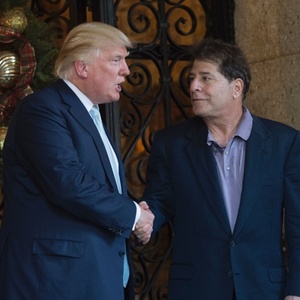