He earned a bachelor's degree from Wesleyan University where he was an Olin Scholar and a member of the Delta Kappa Upsilon fraternity, and a Juris Doctor from New York University. After law school he moved to Texas intending to start a law firm or a business. Kelleher and one of his law clients, Texas businessman Rollin King, created the concept that later became Southwest Airlines on a cocktail napkin in a San Antonio, Texas restaurant in 1967. Southwest succeeded by daring to be different, offering low fares to its passengers by eliminating unnecessary services and avoiding the "hub-and-spoke" scheduling system used by other airlines in favor of building traffic in such secondary airports as Albany, Chicago-Midway, and Orange County. During his tenure as CEO of Southwest, Kelleher's colorful personality created a corporate culture which made Southwest employees well known for taking themselves lightly-often singing in-flight announcements to the tune of popular theme songs-but their jobs seriously. Southwest is consistently named among the top five Most Admired Corporations in America. Herb Kelleher died on January 3, 2019 at the age of 87. 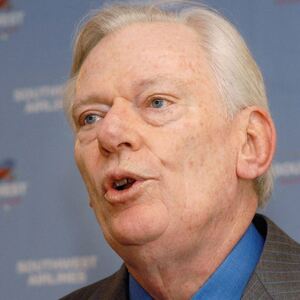