Henry Samueli Net Worth: Henry Samueli is the owner of the Anaheim Ducks hockey team as well as the co-founder of Broadcom Corporation and a professor at the UCLA School of Engineering. Henry Samueli has a net worth of $3.8 billion dollars. Born in Buffalo, New York on September 20, 1954, Samueli has his name tagged seventy times as an inventor on U.S. patents. He follows Judaism and is married to Susan Samueli with three children. He studied at UCLA where he received his Bachelor's, Master's and Ph.D in Engineering and currently teaches. He co-founded Broadcom Corporation in 1991 with Henry Nicholas and purchased the Anaheim Ducks in 2005. Throughout his career he has received the UCLA Medal in 2010, the Dr. Morris Chang Exemplary Leadership Award in 2011, and the Marconi Prize and Fellowship in 2012. He is a known philanthropist and has contributed to several organizations including The Orangewood Children's Foundation, Kidworks Hillview Acres, and The Sala and Aron Samueli Holocaust Library at Chapman University. 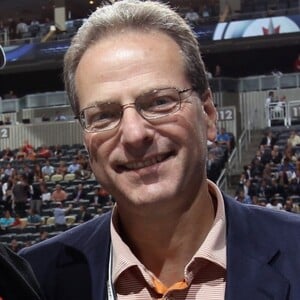