Harry Morton net worth: Harry Morton was an American entrepreneur and socialite who had a net worth of $100 million dollars at the time of his death in 2019. Tragically, Harry died on November 23, 2019 at the age of 38. He was most-notable for being the founder of the restaurant chain Pink Taco which has been franchised around the United States.

Harry' father Peter Morton co-founded of the Hard Rock Cafe in 1971. Peter's father was famed restaurateur Arnie Morton, founded Morton's Restaurant Group in 1978. Arnie sold Morton's The Steakhouse for $13 million in 1987. Peter Morton is one of the wealthiest people in Los Angeles. In April 2018 he sold a beachfront mansion in Malibu, California for $110 million. It was the most-expensive home purchase in LA history at the time.

Following in his father and grandfathers' footsteps, Harry Morton founded Pink Taco in 1999 when he was just 18 years old. The first location was located at the Hard Rock Hotel and Casino in Paradise, Nevada. He opened a second location in Scottsdale, Arizona in 2006. This location was closed three years later in 2009. In June 2007 he opened a location at the Westfield Century City Mall in Los Angeles. In 2011 he opened a location on LA's Sunset Strip. As of this writing there are five Pink Taco locations in the US.

Harry also owned the Hollywood nightclub, the Viper Room. This is the same Viper Room where Joaquin Phoenix's older brother River died of a drug overdose in 1993. Harry bought the establishment in 2008. 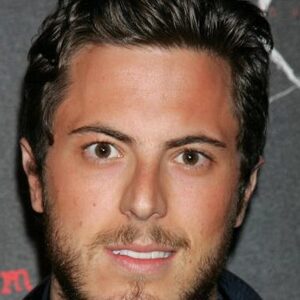