What is Guy Oseary's Net Worth and Salary?


Guy Oseary is an Israeli-American talent manager, entrepreneur, and author who has a net worth of $90 million. An A&R executive and later chairman at Maverick Records, he helped develop such artists as Alanis Morrisette, Paul Oakenfold, Prodigy, and Michelle Branch. He has worked on the soundtracks to films such as "The Matrix" and "Kill Bill." Oseary later became a principal with the management company Untitled Entertainment, and manages clients such as Madonna and Amy Schumer.

He is the manager and business partner of Madonna, and executive produced the "Twilight" films which grossed billions of dollars worldwide.

Guy Oseary was born on October 3, 1972 in Jerusalem, Israel to a Jewish family. He was raised in California in the Los Angeles area, and went to Beverly Hills High School.

Oseary began his career at the age of 17, working as an independent A&R representative. A couple years later, he became one of the first people to join Maverick, an entertainment company founded by Madonna, Veronica Dashev, and Frederick DeMann. He started out at the company's label Maverick Records as an A&R executive; in 1998, after DeMann was bought out for $20 million, Oseary increased his stake and took over as CEO and chairman. The label released albums by a number of major artists, including Michelle Branch, Tyler Hilton, Muse, Deftones, the Prodigy, No Authority, and Erasure. Its biggest commercial success was with Alanis Morissette's 1995 album "Jagged Little Pill," which sold over 33 million units worldwide.

Through the Maverick Films division, Oseary served as executive producer on Rob Zombie's "House of 1000 Corpses" and "The Devil's Rejects," as well as on four of the films in the "Twilight" franchise. He also executive produced NBC's "Last Call with Carson Daly" and "New Year's Eve with Carson Daly." However, due to financial struggles, Maverick began declining. In 2004, the record label and Madonna filed suit against Warner Music Group for alleged mismanagement of resources and poor bookkeeping. Madonna and Dashev were ultimately exiled from the company when it became a fully owned subsidiary of Warner Music Group. Oseary retained his position until Warner bought his shares in 2006; the label folded three years later. He officially parted ways with Maverick in March of 2020.

In 2004, Oseary partnered with Stephanie Simon and Jason Weinberg to become a principal in the management company Untitled Entertainment. The following year, he became the manager of his business partner Madonna, and helped guide her through her highly lucrative concert tours from 2006 to 2012. During this time, Oseary twice won the award for Top Manager at the Billboard Touring Awards.

Oseary landed one of his biggest deals in 2013, when he replaced Paul McGuinness as the manager of U2. The $30 million deal included the purchasing of both Maverick and U2's management company Principle Management by Live Nation Entertainment. Among his other major clients, Oseary manages comedian and actress Amy Schumer and the rock band the Red Hot Chili Peppers. 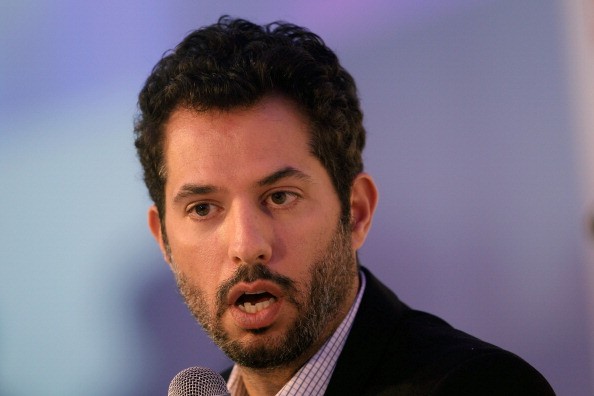 Oseary has been involved in a number of other business ventures beyond his career in talent management. In 2010, he co-founded the venture capital firm A-Grade Investments with Ronald Burkle and Ashton Kutcher. Created to support technology startups, the firm has invested in Shazam, Spotify, Uber, Airbnb, and SoundCloud, among other high-profile companies. Also in 2010, Oseary co-founded the gym chain Hard Candy Fitness with Madonna and Mark Mastrov, and re-teamed with Kutcher to co-found Sound Ventures, which focuses on developing such sectors as insurance, medtech, and fintech. Later, in 2020, Oseary co-founded the social media platform pearpop with Cole Mason and Spencer Markel. The main feature of the platform is its creator marketplace, which works to foster collaboration between TikTok creators.

Beyond moneymaking endeavors, Oseary launched the non-profit organization Good Today in honor of his 46th birthday in 2018. Good Today aims to democratize philanthropic and activist work by facilitating easy, efficient ways to give to charitable groups and causes around the world.

As a writer, Oseary has penned multiple books. His first, called "Jews Who Rock," examines Jewish influences within the music industry. He followed this with "On the Record," a collection of interviews with over 150 recording artists, songwriters, and record executives about their experiences breaking into and succeeding in the industry. Additionally, Oseary authored a pair of coffee table books on Madonna's tours, called "Madonna: Confessions" and "Madonna: Sticky & Sweet." Both feature his own photography.

Oseary has made cameo appearances in a few movies, including "Charlie's Angels" and its sequel "Charlie's Angels: Full Throttle." He also had a cameo in the Adam Sandler comedy "You Don't Mess with the Zohan," and appeared in the music video for Madonna's song "Deeper and Deeper."

In 2017, Oseary wed Brazilian model Michele Alves, whom he had been dating since 2006. Together, the couple has four children. 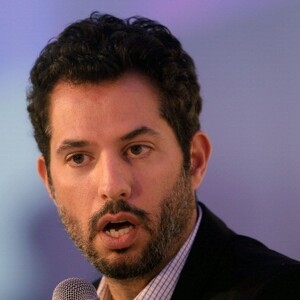