What is Guy Laliberté's Net Worth?

Guy Laliberté is a Canadian billionaire businessman and poker player who has a net worth of $1.6 billion. Guy Laliberté is known for co-founding the entertainment company Cirque du Soleil with Gilles Ste-Croix. Prior to this, he had a career busking as a stilt-walker, accordion player, and fire-eater. Laliberté has consistently been ranked among the wealthiest Canadian people by Forbes, and has won multiple awards for his entrepreneurship.

Guy Laliberté was born on September 2, 1959 in Quebec City, Quebec, Canada. His passion for show business was first sparked as a child, when his parents took him to see the Ringling Brothers and Barnum & Bailey Circus. In school, he produced a number of performing arts events. Later, as a young adult, Laliberté left Canada to backpack across Europe. During his travels, he earned money by busking as an accordion player, and also learned the street performing skills of stilt-walking and fire-eating. Upon his return to Canada, he transferred these skills to the streets of Quebec. Laliberté subsequently joined the performing troupe Les Échassiers, which was comprised of jugglers, acrobats, and fire-eaters who toured around the country. He then returned to Quebec to take a full-time job at a hydroelectric dam; however, when the company's employees went on strike, Laliberté resumed his work as a street performer.

In 1984, along with fellow entrepreneur Gilles Ste-Croix and a small group of colleagues, Laliberté co-founded the entertainment company Cirque du Soleil. Originally set up as a single-year project, the group was eventually enlisted by the Quebec government to become a touring event that would perform in other provinces. Cirque du Soleil went on to gradually expand to over 300 cities on six continents, with its shows employing over 4,000 people from more than 40 countries. Its estimated annual revenue is around $1 billion. The group's productions are driven by theatrical, character-oriented performances with continuous live music. In 2015, Laliberté sold 90% of his stock in the company; he sold the remaining 10% in 2020 for $75 million.

Cirque du Soleil's creations have earned a myriad of accolades over the years, including multiple Drama Desk, Emmy, and Gemini Awards. In 2000, the company was given the National Arts Centre Award, and two years later, was inducted into Canada's Walk of Fame. Cirque du Soleil and Laliberté also have their own star on the Hollywood Walk of Fame, which was added in 2010. 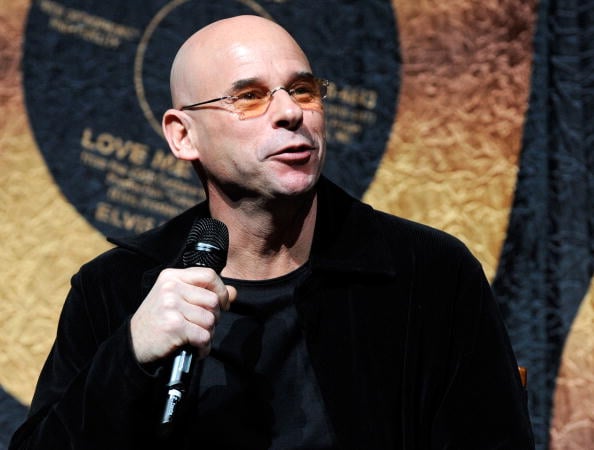 Around 2006, Laliberté began playing high-stakes online poker cash games and live tournaments. In 2007, he came in fourth place in the World Poker Tour Season Five event at the Bellagio in Las Vegas, winning $696,220. Additionally, he played on the fourth seasons of both GSN's "High Stakes Poker" and NBC's "Poker After Dark." Laliberté was also known to frequent high-stakes games on the online card room Full Tilt Poker. Despite his many successes over the years, Laliberté has also lost a good deal of money through online cash games. Across his six player accounts, he has sunk around $31 million in total.

At the 2012 World Series of Poker, Laliberté introduced a $1 million buy-in tournament called the Big One. A portion of the prize money was donated to his philanthropic organization One Drop Foundation, which strives to provide clean drinking water and hygiene products to disadvantaged places around the world. The tournament drew 48 players, with Antonio Esfandiari winning the $18.3 million first-place prize.

Among his other accomplishments, Laliberté became the first Canadian space tourist when he took off for the stars in September of 2009. Intending to raise awareness about water issues on Earth, the event was accompanied by a two-hour webcast featuring an array of artistic performances from around the world. In 2011, Laliberté published a book, entitled "Gaia," that featured photos from his space sojourn.

In 2020, Canada's Federal Court of Appeals ruled that Laliberté's space trip should be considered a personal rather than a business one, and that income tax should be assessed on 90% of the $41.8 million flight.

Laliberté became the owner of the atoll of Nukutepipi in Tahiti, French Polynesia in 2007. His intention was to make the atoll into a shelter that could shield his family and friends from a potential global cataclysm, making it entirely autonomous in terms of ecological operation. Later, in 2019, Laliberté was arrested for cultivating cannabis on the island of Nukutepipi.

With his girlfriend Claudia Barilla, Laliberté has five children. Among them are Kami, a racing driver in the European junior formulae, and Naïma, a competitive dressage rider.

Laliberté has received numerous distinctions for his work throughout his career. In 1997, he was bestowed with the National Order of Quebec, the highest honor given by the Quebec government. Later, in 2001, he was named a Great Montrealer by the Académie des Grands Montréalais, and in 2004, received the Order of Canada, the highest honor in the country. Additionally, Laliberté has won the Ernst & Young Entrepreneur of the Year award multiple times, at local, national, and global levels. 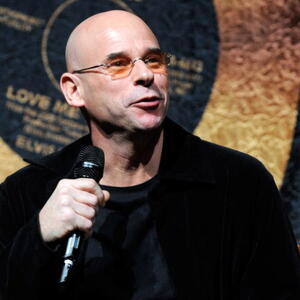