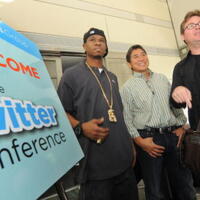 Guy Kawasaki Net Worth: Guy Kawasaki is a Silicon Valley author, speaker, investor and business adviser who has a net worth of $30 million. Guy Kawasaki was born on August 30, 1954, in Honolulu, Hawaii. Kawasaki is one of the founders of the news aggregation site Alltop and the early-stage venture capital firm Garage Technology Ventures. What's more, he is one of the original employees of Apple responsible for the marketing of Macintosh way back in 1984. The Guy we know of today acquired his vast knowledge from various fields. A graduate of Stanford University with a degree in Psychology, Kawasaki went on to earn his M.B.A. in Marketing at the University of California, Los Angeles. Following his graduation, he landed his first job at a jewelry company, Nova Stylings, where he may not learned the tough jewelry business, but sure learned how to sell. Subsequently, he got hired as Chief evangelist at Apple. Four years later, he led Apple's subsidiary ACIUS, which he left in 1989 to pursue a career as a speaker and writer. The keynote speeches by Guy Kawasaki mainly tackle the ways one can improve both corporate success and personal performance. As for the books he penned, they number 14 in total including The Macintosh Way (1990), Enchantment: The Art of Changing Hearts, Minds, and Actions (2011), The Art of Social Media: Power Tips for Power Users (2015), and more. Eventually, Kawasaki became the founder of Fog City Software, Garage Technology Ventures, Truemors and Alltop. Apart from the above, he serves as the acting Advisor to over ten different start-up companies.