What is Gurbaksh Chahal's net worth?

Gurbaksh Chahal is an award winning Entrepreneur and author who has a net worth of $100 million. Gurbaksh Chahal is an Internet entrepreneur who has founded a number of online advertising companies. After selling his first company and becoming a millionaire at the age of 18, he launched such online networks as BlueLithium, RadiumOne, and Gravity4.

Gurbaksh Chahal was bullied at school and dropped out at 16 to start his own business, ClickAgents. ClickAgents was an advertising network focused on performance-based advertising that soon was earning hundreds of thousands of dollars a month. Two years later, ValueClick acquired ClickAgents in an all-stock merger valued at almost $40 million. Chahal was 18 years old and a millionaire without a high school diploma. He got rid of the turban, got a stylish haircut, bought himself a Lexus, paid off his parents' mortgage, and began his career as a serial entrepreneur.

In 2003, Chahal applied to be on The Apprentice. His application was rejected, so the 21-year-old returned to the ad tech business and co-founded Blue Lithium, another Internet advertising company. In 2006, Yahoo bought Blue Lithium for $300 million. Chahal walked away with $100 million.

Also in 2006, he landed his book deal for his memoir. He started appearing on TV. He was on Oprah Winfrey's TV show. He was featured on the Fox show "Secret Millionaire." As a part of the show, Chahal volunteered for neighborhood charities in San Francisco's Tenderloin neighborhood, including a battered-women's shelter. He was named one of the world's fittest and richest men by Men's Health magazine. He was featured on "Extra" as one of the world's most eligible bachelors.

Chahal's memoir ends in 2008, eight years after he sold his first company and before he appeared on Oprah.

In 2008, Chahal was working on an idea that would turn into RadiumOne, another ad tech company. RadiumOne took data from social-media companies and used it to target ads. Once again, Chahal was right on the forefront of the next big trend in online advertising. He raised more than $85 million, valuing the company at half a billion by 2012. In 2013, Ernst and Young named Chahal one of the entrepreneurs of the year. RadiumOne was on track for an IPO–the first one for Chahal's companies. 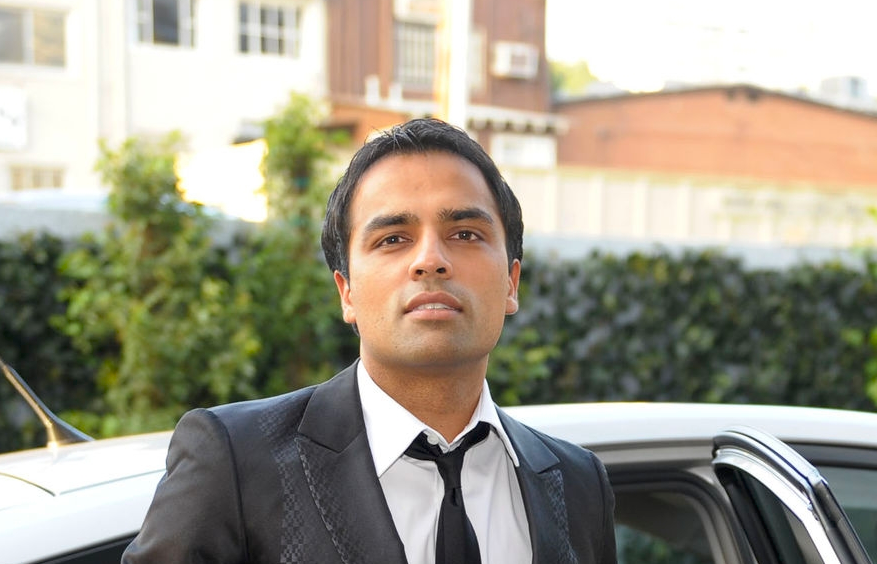 Gurbaksh Chahal was born on July 17, 1982 in Tarn Taran Sahib, Punjab, India as the youngest of four children of Sikh parents Arjinder, a nurse, and Avtar, a police officer. His siblings are Taj, Nirmal, and Kamal. Following the Khalistani insurgency in India, his parents immigrated to the US in 1985. Chahal lived with his grandmother before joining his parents in the US the following year. The family resided in San Jose, California, where Chahal went to Independence High School as a teenager. He ultimately dropped out, however, to pursue his Internet advertising career.

After being turned down from a job at McDonald's, Chahal started purchasing and reselling second-hand printers on eBay. His next business venture was buying the domain names Dell.net and HP.net and offering to sell them back to their companies for thousands of dollars. Ultimately, he was forced to give the names back after receiving cease-and-desist letters.

Chahal had his first business success in 1998 when he created the online advertising company ClickAgents. Focused on performance-based advertising, it was one of the first pay-per-click networks launched on the Internet. In 2000, Chahal sold ClickAgents to ValueClick for close to $40 million, making him a millionaire overnight.

In 2004, Chahal simultaneously launched the online advertising company BlueLithium and the social network MingleNow. BlueLithium specialized in targeted advertising, and eventually purchased AdRevolver. It soon grew into the fifth biggest advertising network in the United States. In 2007, the company was sold to Yahoo! for $300 million.

Chahal's next Internet venture was gWallet, which he launched in 2009. The company partnered with game and brand developers to offer virtual currency offers to users, and hosted video campaigns for such major companies as Disney, Nestlé, and Best Buy. In 2010, Chahal founded another Internet advertising company called RadiumOne. Beginning as a loyalty and rewards program, the company eventually transitioned to a targeted-advertising network after its purchase of several social media startups. At the peak of its success, RadiumOne was valued at around $500 million. The company was later acquired by RhythmOne in 2017.

In 2014, Chahal founded Gravity4, another of his companies focused on targeted advertising. Additionally, it made a foray into the AI sector and started a blockchain marketing cloud. Following a failed attempt to buy back Chahal's RadiumOne in 2017, Gravity4 shut down. A couple of years later, Chahal founded the tech incubator TaaraLabs, which works in the areas of AI and IoT. He also founded RedLotus, a Hong Kong-based company focused on AI-generated targeted advertising. Next, in 2020, Chahal launched ProcureNet, a subsidiary of VendorCloud that supplies pharmaceuticals and vaccines.

On the philanthropic side of things, Chahal runs his own charitable foundation. Among its activities, the foundation provides academic scholarships, disaster relief, and assistance to families of hate crime victims. It also works to curb child trafficking in India. In his other philanthropic efforts, Chahal donated face masks, test kits, and ventilators to numerous hospitals in Asia during the COVID-19 pandemic in 2020. 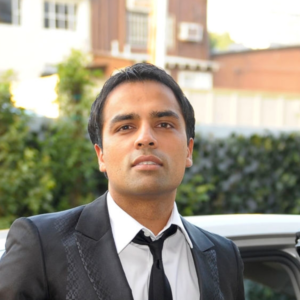