Greg Selkoe Net Worth: Greg Selkoe is an American entrepreneur who has a net worth of $10 million. Greg Selkoe was born June 4, 1975 in Boston, Massachusetts. He is best known as the CEO and founder of Karmaloop.com, a multi-platform web retailer, community style and media company specializing in streetwear eCommerce.

Since January 2010 he has served as a contributing blogger at The Huffington Post. Selkoe also served as an urban planner at the Boston Redevelopment Authority of Boston City Hall, working on planning and development of projects all over the city, along with private developers, neighborhood groups and other city agencies, including the mayor's office. Selkoe holds masters degree from Harvard. The Karmaloop flagship brick and mortar store was launched in 2005 on Boston's Newbury Street. In a 2010 interview, Selkoe revealed that the store "never made a penny. The store closed in 2011. In the meantime, Karmaloop's online presence has grown to include Karmaloop.com, KarmaloopTV.com, MissKL.com, PLNDR.com, BrickHarbor.com and Kazbah.com. In May 2011, it was announced that music producer Pharrell Williams would serve as Creative Director of KarmaloopTV alongside Selkoe and former AMC president Katie McEnroe. As of 2013, Karmaloop is a vendor for over 500 brands, including its many private label clothing brands: Amongst Friends, Advocate, KLP, Orisue, Pilot Licensing, Society Original Products, Sons of Liberty, Spool & Thread, and VGB. 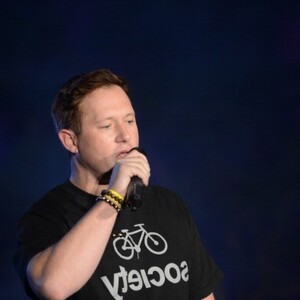