How much is Gottfrid Svartholm Worth?

Gottfrid Svartholm Net Worth: Gottfrid Svartholm is a Swedish computer specialist who has a net worth of $12 million dollars. A computer programmer, Gottfrid Svartholm co-owns PRQ, a web development company, and co-founded, "The Pirate Bay", a BitTorrent site. Born Per Gottfrid Svartholm Warg on October 17, 1984, in Sweden, he made a name for himself as an ex co-owner of the web hosting company PRQ and co-founder of the BitTorrent site The Pirate Bay along with Fredrik Neij and Peter Sunde. Gottfrid, also known under the nickname "Anakata," is the man behind the tracker software Hypercube, the open source software under no specific license that was used to run The Pirate Bay web site and tracker. Unlike users, the copyright owners were not happy with Pirate Bay's operation. Thus, it didn't take long for the Pirate Bay operators (Sunde, Neij, Svartholm and Carl Lundstrom) to get charged with "promoting other people's infringement of copyright laws." In a year-long trial, the four were found guilty at the Stockholm district court on April 17, 2009. Svartholm spent several years living abroad until being arrested on August 30, 2012, by Cambodia police in Phnom Penh upon the request of the Swedish authorities. Since Pirate Bay existence and its legal troubles were making the headlines, Gottfrid along with his partners were interviewed about the May 2006 police raid of The Pirate Bay and parts of the talk got featured in Good Copy Bad Copy and Steal This Film. Svartholm also appears in the 2013 documentary TPB AFK: The Pirate Bay Away from Keyboard. But that's not all. Prior to Pirate Bay, Gottfrid started one more notorious website, Americas Dumbest Soldiers, which provided a list of deceased US soldiers in the Iraq War and asked users to rate the soldiers how "dumb" they were based on the way they died. The site was eventually removed. 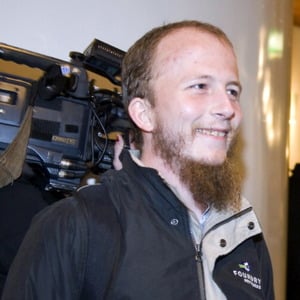