George Zimmer net worth: George Zimmer is an American retail entrepreneur who has a net worth of $200 million. George Zimmer made his fortune as the CEO and Founder of the popular clothing chain The Men's Warehouse. Zimmer founded the company with some college roommates in 1973 in Houston, Texas. Over the next 30 years, The Men's Wearhouse expanded to more than 1200 stores across the U.S. and Canada.

During the expansion, George Zimmer became famous for appearing in the company's commercials. Zimmer would end each commercial with his trademark slogan "You're gonna love the way you look, I guarantee it. Zimmer was born in New York City and graduated from Washington University in St. Louis with an Economics degree. On June 19, 2013, George Zimmer was fired by the board of The Men's Wearhouse without explanation. As of June 2013 Zimmer owns 3.6% of the outstanding Men's Wearhouse shares, which is worth roughly $66 million. Back in 1997 he owned as much as 15% of the company and in the last decade he has sold $80 million worth of shares according to SEC filings made by the company. Zimmer has been married twice. He has been married to his current wife for 15 years. The couple has two children and live in Piedmont, California. 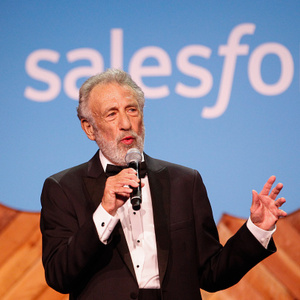