Gary Friedman net worth and salary: Gary Friedman is an American businessman and retailer who has a net worth of $4.5 billion dollars. Gary Friedman was born in San Francisco, California, and was raised by his single mother. He began working in retail in the late 70s, after securing a job as a stock boy at The Gap.

He continued to climb the ladder in the retail world for the next decade, rising to upper level management. In the late 80s, he began working for Williams-Sonoma. He became Executive Vice President and President of Williams-Sonoma and Pottery Barn in 1993. He then became Chief Operating Officer and President of Retail Stores in 1995. From there, he became President and Chief Operating Officer in 2000. He became Chief Executive Officer and a Director of Restoration Hardware in 2001. In 2010, he became Chairman and Co-Chief Executive Officer of Restoration Hardware. In 2013, he was appointed Chairman of the Board and Co-CEO of Restoration Hardware. As of this writing, Restoration Hardware is traded on the New York Stock Exchange and has a market cap of $14 billion dollars. Gary is the company's largest individual shareholder. With options he owns around 30% of the company's outstanding shares. 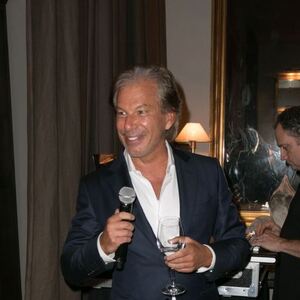