Garrett Camp Net Worth: Garrett Camp is a Canadian businessman and entrepreneur who has a net worth of $3.4 billion. At various private valuations, Garret's net worth topped as much as $6 billion. On the day Uber went public in May 2019, his paper net worth ended trading at $3.4 billion. Born in Calgary, Alberta, Canada, in 1978, Garrett Camp studied at the University of Calgary, earning his electric engineering degree and later a master's in software engineering.

He founded popular website StumbleUpon in 2002. Within four years, he received funding from Silicon Valley investors and moved the company's headquarters to San Francisco, California. Camp sold StumbleUpon to eBay for $75 million in 2007, though it regained its independency two years later. He worked as StumbleUpon's CEO until 2012, when he left to pursue other opportunities, leaving behind a business that was rated as one of "TIME" Magazine's 50 must-have apps for the iPad. In 2009, he began working with Travis Kalanick on Uber, a cab service that began in San Francisco. It's now one of the best-known transportation companies in the United States, and was considered among the most innovative companies of 2013. Camp also founded Expa, a startup studio that helps launch new products, in 2013. The company's investors include a Google board member, the founder of Virgin, HP's CEO, and the founder of WordPress. In 2007, Camp was named one of the top innovators under 35 by Technology Review. A year later, he earned the distinction of being one of the best young entrepreneurs in tech by "Bloomberg Businessweek", and, in 2013, he was honored for his achievements at the 2013 Tribeca Disruptive Innovation Awards. 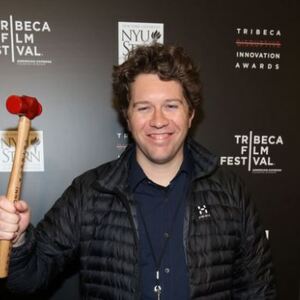