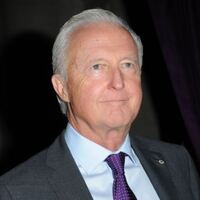 Galen Weston net worth: Galen Weston is an English-Canadian businessman and philanthropist who has a net worth of $9 billion dollars. Galen Weston serves as executive chairman of George Weston Limited, which is known for its food distribution and processing services. To date, he and his family are listed as the second wealthiest family in Canada, and 147th in the entire country. Weston was born in London in October of 1940 and is the youngest of nine children. His father was a successful businessman, where Weston began to take an interest in business ventures. In 1971 he was offered the job of CEO to Loblaw Companies, which was bankrupt at the time. Weston was able to turn the company around on record-low budgets and turn it into a profitable chain. In years since he has taken over his father's company, as well as expanded his reach with various business ventures. He is also known for his generous charitable donations through his companies, as well as personally. In 1990 he was named Officer in the Order of Canada, before receiving the honor again in Ontario in 2005. Weston donates to the Fraser Institute annually, providing more than $1 in Canadian currency each year.