Early Life and Career: Gabe Newell (nicknamed Gaben) was born November 3, 1962 in Colorado. He attended Davis Senior High School in Davis, California. He attended Harvard University but dropped out and spent 13 years working for Microsoft, during which time Newell claims to have been the producer on the first three releases of Microsoft Windows. Newell claims he learned more in three months at Microsoft than he ever did at Harvard.

Career: Newell and another Microsoft employee, Mike Harrington, left Microsoft to found Valve in 1996, using their own money to fund Valve through the development of the video game Half-Life and the GoldSrc game engine. During production on Half-Life 2, Newell focused on the Steam Project. Newell has expressed displeasure over developing his software for gaming consoles such as the PlayStation 3. Nevertheless, he appeared onstage at Sony's keynote address at the Electronic Entertainment Expo. Newell has also been critical of the Xbox Live as well as the Windows 8 operating system.

Valve Corporation has gone on to produce such other popular video games as Counter-Strike, Day of Defeat, Portal and others. In December 2010, Forbes named Newell as "A Name You Should Know", mostly for his work with Steamworks. In March 2013, Newell was the recipient of the BAFTA Fellowship Award for his outstanding and exceptional creative contribution to the video games industry. That same year, Newell was added to the Academy of Interactive Arts & Sciences Hall of Fame. Forbes listed him among the 100 richest people in the United States in October 2017. 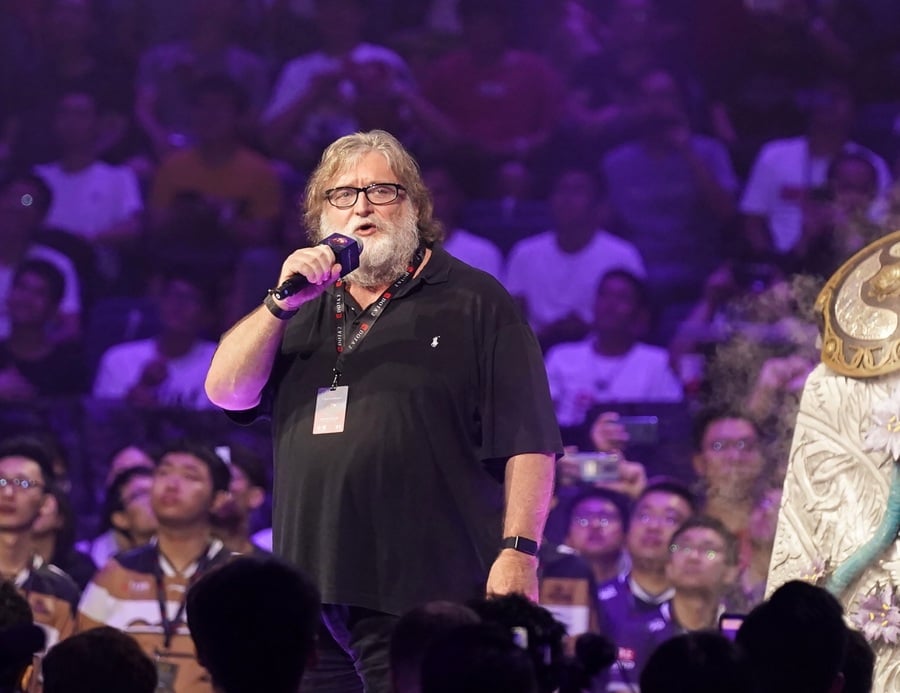 Personal Life: Gabe is married to Lisa Mennet and has two sons. He and Mennet were married the same day he founded Valve with Harrington. The birth of his first son Gray in the late '90s served as an inspiration for Newell's creation for the final boss in "Half-Life", as the couple's experience with childbirth had been terrifying and harrowing.

He suffered from Fuchs' dystrophy, a congenital disease that affects the cornea, but was cured by two cornea transplants in 2006 and 2007. His favorite games are Super Mario 64, Doom and Star Trek played on a Burroughs mainframe computer. Newell credits the game Doom with convincing him that video games were the future of entertainment, and credits Super Mario 64 with convincing him that video games were art. In 2020, Newell was traveling in New Zealand with a group of friends (including race car driver Alex Riberas) when the Coronavirus pandemic broke out. The group opted to stay in Auckland versus travel back to the United States. He and Riberas planned an event called "Thank You Aotearoa" as an expression of their appreciation for the people of New Zealand's hospitality. The event featured live performances from musical artists across New Zealand along with other activities. 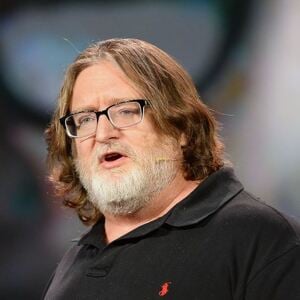