Evan Williams Net Worth and salary: Evan Williams is an American internet entrepreneur who has a net worth of $600 million. Evan Williams was born March 31, 1972 in Clarks, Nebraska. He co-founded Pyra Labs, Blogger, Odeo and the Obvious Corporation, which evolved into Twitter, an online social-networking and micro-blogging site. Based in San Francisco, Twitter Inc.

became a public company in 2013, turning Evan Williams into a billionaire. Williams started writing computer code and freelancing for both Hewlett-Packard and Intel in the '90s. He and Meg Hourihan co-founded Pyra Labs as well as its spinoff Blogger. In 2003, Williams was named to MIT Technology Review magazine's "top 100 innovators under age 35" list. That same year, Blogger was acquired by Google. In 2004, Williams was named a "Person of the Year" by PC Magazine for his work on Blogger. That same year, he founded the podcast company Odeo. In 2006, he co-founded the Obvious Corporation with Biz Stone, Jack Dorsey and Noah Glass. Obvious Corp. evolved into Twitter-Twittr as it was first called-an online social-networking and micro-blogging site allowing users to post short messages-instantly and in real time-of 140 characters or less, known as "tweets. The service rapidly gained worldwide popularity, growing to 500 million registered users who tweeted approximately 340 million messages daily. Twitter became a powerful platform for U.S. presidential candidates Barack Obama and John McCain in 2008 (both politicians used Twitter to update their supporters while on the campaign trail). The site became internationally known during the 2009 presidential elections in Iran after the Iranian government blocked text-messaging and satellite feeds of foreign news coverage-and tweeting subsequently became the way to get information in and out, even in the wake of the most difficult of circumstances-it was like text-messaging the world. In 2012, Evan Williams and Biz Stone rolled out a new publishing platform called Medium, a site backed by Obvious Corp. where bloggers can share ideas and stories of more than 140 characters and allows graphics as well. 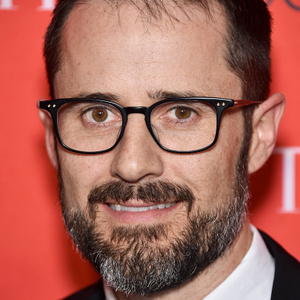