What is Evan Spiegel's Net Worth?

Evan Spiegel is an American entrepreneur who has a net worth of $2 billion. Evan Spiegel has earned his fortune as the co-founder of Snapchat, technically now known as Snap Inc. At the peak of Snap's stock price, Evan has been worth as much as $15 billion. In the 10 months between mid September 2021 and late July 2022, Evan's net worth plunged from $15 billion to around $2 billion as the share price of Snap fell from $83 to around $10.

Evan Thomas Spiegel was born in Los Angeles, California, on June 4, 1990. His parents, John W. Spiegel and Melissa Ann Thomas, are both lawyers. He was raised in Pacific Palisades, California, in an Episcopalian household. He attended high school at the Crossroads School for Arts and Sciences in Santa Monica. While still a high school student, he took design classes at the Otis College of Art and Design, as well as the Art Center College of Design in Pasadena. He continued his education at Stanford University.

While a student at Stanford, where he studied product design, Spiegel proposed an idea for an app with ephemeral messaging for a class project. His classmates did not think it was a good idea, but he did not give up. Instead, he teamed up with fellow Stanford students Bobby Murphy and Reggie Brown to develop the idea. They launched the prototype under the name "Picaboo".

At some point in 2011, Reggie Brown left the company. He would later sue Evan and Bobby claiming that Snapchat was his own idea. Reggie Brown ultimately received a $158 million settlement.

They eventually renamed it as "Snapchat", and by 2012 the app was gaining in popularity with over 1 million daily active users. As a result, Spiegel actually left Stanford shortly before graduating to focus on the app full-time.

The application allows you to photograph something, add text or sketch on the image, and then send it to a controlled group of recipients. You can then specify how long the person can view the image from 1 to 10 seconds. After that, the image is deleted from their smartphone and from the Snapchat server.

At some point in 2013 the founders rejected an all-cash acquisition offer from Facebook for $3 billion dollars. That turned out to be a very wise decision because in August 2014, Snapchat took on an investment from Venture Capital firm Kleiner Perkins that valued the company at $10 billion.

On March 2, 2017, Snap Inc. debuted on the New York Stock Exchange. The company was expected to go public at $17 per share but actually opened up at $24, ending the day with a market cap of $20 billion.

On the day of the IPO Spiegel sold 16 million shares resulting in a $272 million pre-tax windfall (roughly $180 million after taxes). At the time Snap began trading, Spiegel became one of the youngest public company CEOs. He was 26 years old at the time.

For successfully guiding the company to an IPO, Evan was also awarded with 37 million additional company shares, which at the time of the award were worth around $850 million.

After reporting disappointing quarterly results in July 2022, the company's share price plunged 40% overnight. From January 1 to the day of their report, Snapchat's stock price had fallen roughly 70%.

In the wake of those terrible results, on July 22, 2022 both Evan and Bobby announced that their salaries would be cut to just $1 and neither would receive any additional equity compensation. 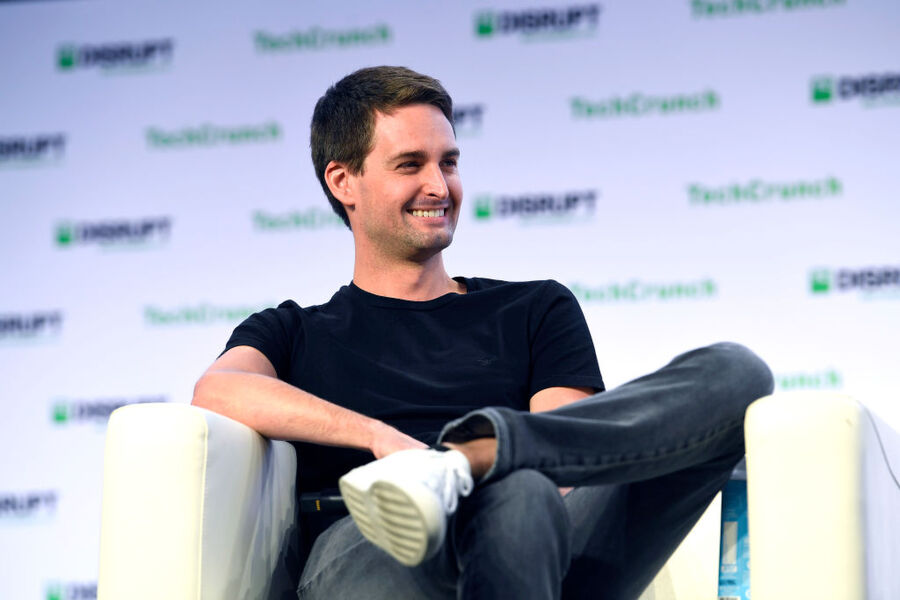 He revealed in 2018 that, inspired by the birth of his first son, he actually went back and completed his missing degree requirements and graduated from Stanford that year. In 2018, Spiegel received French citizenship despite not maintaining French residency. He was able to do so because of a clause in French naturalization laws that waives residency requirements in the case that an applicant has contributed to the French culture or economy.

In 2016 Evan paid Harrison Ford $12 million for a home in Brentwood. Evan and Miranda married at this house a year later.

Miranda and Evan co-own a vineyard in her native Australia as well as her home in Malibu and his home in a different part of Brentwood from before they married.

Over the course of two transactions in 2021, Evan and Miranda paid $100 million for a mid-construction property in Holmby Hills, California, right across the street from the Playboy mansion. 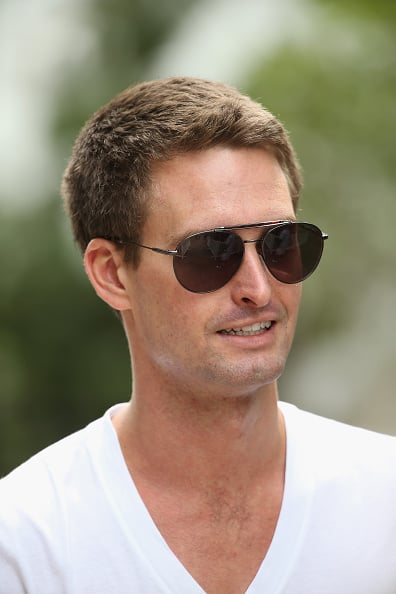 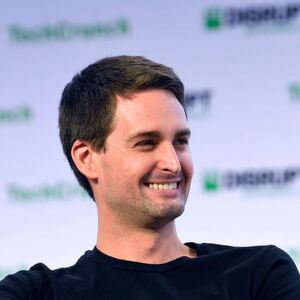