Eugene Kaspersky net worth: Eugene Kaspersky is a Russian businessman and entrepreneur who has a net worth of $800 million. Eugene Kaspersky was born in Novorossiysk, Krasnodar Krai, Soviet Union in October 1965. He is best known for headed up the global IT security company Kaspersky Lab. The company was founded in 1997 and provides computer virus protection. Kaspersky has written articles on computer virology and he also often speaks at security conferences and seminars. Kaspersky Lab operates in nearly 200 countries and has over 30 offices worldwide. The company is the world's largest privately held vendor of software security products. Kaspersky was educated at Moscow State University. He then graduated from the FSB Academy which was the most important and largest KGB higher education institution. He then started studying computer viruses and detected the Cascade virus in 1989. In 1991 he joined the KAMI Information Technologies Center and helped develop the AVZ antivirus product. He has won several awards including Technology Hero of the Year and CEO of the Year. Bloomberg accused Kaspersky of having close ties to Russian intelligence and military officials in March 2015. 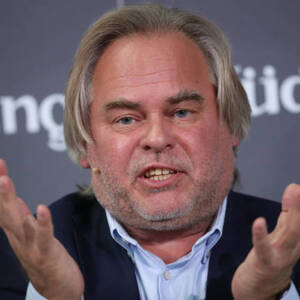