Ernie Boch Jr. Net Worth: Ernie Boch is an American businessman who is CEO, president, and spokesman of Boch Enterprises and who has a net worth of $500 million dollars. Ernie Boch was born in 1958 and inherited the automobile sales and service business started by his grandfather, Andrew Boch, who began the family business in 1945 by purchasing a Nash Motors franchise in Norwood, Massachusetts.

Ernie Boch, Jr.'s father is credited with bringing the "Automile" concept to U.S. Route 1 in Norwood. With this concept, a large cluster of competing automobile dealerships join together to publicize the "Automile" as an automobile shopping center. Shortly after the death of Ernie Boch Sr., Boch Jr. appeared in a television commercial paying tribute to his father. Boch Jr. was in a car, watching images from an old commercial featuring his father, in the rear view mirror. Boch Jr. smiled and drove away. Ernie Jr.'s first car was a 1971 Volkswagen Beetle in British racing green. He bought it in 1974, when he was 16, from the used-car department at his family's Toyota dealership. Boch founded in 2005 "Music Drives Us", a regional project supporting music in New England. Its three focuses are music preservation, music education, and music awareness. 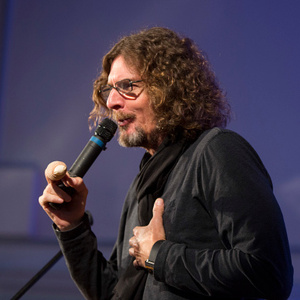