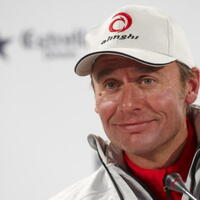 Ernesto Bertarelli net worth: Ernesto Bertarelli is a businessman who has a net worth of $15 billion which makes him the richest person in Switzerland. Born in Rome, Italy, Ernesto Bertarelli grew up in Switzerland. He graduated from Babson College and then went on to earn an MBA from Harvard Business School in the early 90s. He became CEO of Serono in 1996. He became co-owner of the company, which produces pharmaceuticals in 1998, after his father, the founder, passed away. He and his sister, the co-owner, changed the company's focus from pharmaceuticals to biotechnology. The move proved to be a smart one, and the company's profits increased from $809 million to $2.8 billion over the course of ten years. Serono merged with German pharmaceutical company Merck KgaA in 2007 to become Merck-Senoro. In addition to his work at Serono, he also served on the board of USB AG for seven years, and currently manages multiple investments through Kedge Capital Group and Northill Capital, and helms Ares Life Sciences, a medical technology investment firm. He is active in competitive sailing and founded Team Alinghi in 2000. Bertarelli married former Miss UK Kirsty Roper in 2000.

Net Worth details: Ernesto Bertarelli made most of his fortune from the 65 percent stake he holds in Serono. That company was sold to Merck for $8.6 billion in 2006 and Bertarelli has diversified his holdings. He is the 50 percent owner of Serono's Geneva headquarters. Since 2000 Bertarelli's family has earned more than $1 billion by selling almost two million shares of Serono in its IPO. He is credit with the family's shares which includes his mother and sister.