What is Eric Schmidt's net worth and salary?

Eric Schmidt is an American businessman and philanthropist who has a net worth of $23 billion. Eric Schmidt is most notable for being the former CEO of Google. Eric was brought in to take over as CEO from company founders Larry Page and Sergey Brin in 2001. He successfully guided the company through its blockbuster initial public offering. Eric was CEO of Google through 2011. He then served as Chairman and Technical Advisor through 2020.

Eric is member of a small club of individuals who became billionaires as employees of companies they did not found. Other examples include eBay's Meg Whitman, JP Morgan's Jamie Dimon and Apple's Tim Cook.

Eric Schmidt was born in Washington D.C. in 1955. He spent his childhood in Blacksburg, Virginia. He attended Yorktown High School, and went on to Princeton University and graduated with a bachelors in electrical engineering. He continued his education at the University of California, Berkeley, where he earned his MS, and then went on to earn a PhD in EECS. He was also a part time Professor at Stanford Business School. 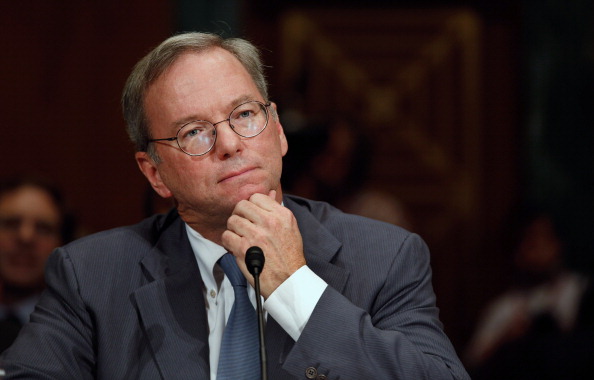 Prior to joining Google, Eric held positions with Bell Labs, Novell, the Palo Alto Research Center, Zilog and Sun Microsystems. At Sun he worked his way up from Director of software engineering to Vice President and GM of Sun Microsystems's software products division. While at Novell he served as the chairman of the board and the CEO.

Eric was interviewed by Google founders Larry Page and Sergey Brin at a pivotal Pre-IPO time during Google's origination. He became Google's chairman, and CEO in 2001. He served as CEO until 2011. Upon stepping down as CEO, Eric was given a $100 million equity award.

He served as Executive Chairman until December 2017 when he announced he was stepping down completely after 17 years with the company. Technically Eric remained a Technical Advisor through 2020.

Eric infamously sat on the Board of Directors of Apple Inc from 2006 to 2009. During this time, Apple was in the midst of developing what eventually became the iPhone and iOS operating system. Eric was aware of the plans but would recuse himself from Apple meetings that discussed the company's mobile ambitions so as to not give a competitor too much inside information. It was later reported that Eric and Steve Jobs had a handshake agreement that Google would not ever pursue a mobile operating system or phone. However, around this same time, Google began to undertake talks to acquire Android which would pave the way for their own mobile phone and operating system. When Steve Jobs learned of Google's plans he was livid and threw Eric off Apple's board.

During his time at Google, Eric was involved in a recruiting scandal that would later become subject of the High Tech Employee Antitrust Litigation case. The case resulted in a $415 million settlement being paid by Google, Intel, Apple and Adobe to its employees. In one particularly infamous incident that came to light through the litigation, Steve Jobs sent an email to Schmidt complaining about a recruiter from Google reaching out to an Apple employee. Eric forwarded the email from Jobs to Google's HR department with the following note:

"I believe we have a policy of no recruiting from Apple and this is a direct inbound request. Can you get this stopped and let me know why this is happening? I will need to send a response back to Apple quickly so please let me know as soon as you can. Thanks Eric".

That email forward ultimately led to the Google recruiter being terminated "within an hour".

According to the company's most recent SEC filings, Eric Schmidt owns approximately 1.3% of Google (now known as Alphabet). He also owns around 4.3 million shares of Class C Alphabet stock. Over the last decade, Eric has sold approximately $3.5 billion worth of his Google stock.

Eric has been famously very politically active. Perhaps more active than a Chairman/CEO of a company like Google should have been.

Eric was a staunch supporter of both Barack Obama and Hillary Clinton. During Clinton's failed 2016 Presidential race, Schmidt was essentially a staff member of her campaign. At what was supposed to be her election night victory party, Schmidt was photographed backstage wearing a Clinton "staff" badge.


In June 1980 Eric married Wendy Susan Boyle. They had two daughters. Tragically, their daughter Alison died in 2017. Their surviving daughter Sophie is the founder of a technology journalism endeavor called Rest of the World.

Eric and Wendy Schmidt officially separated in 2011 but, interestingly, they continue to purchase homes and pursue philanthropic endeavors as a couple.

In November 2020 it was reported that Eric was in the process of acquiring citizenship from the tiny island of Cyprus.

In the 1990s, prior to joining Google, Eric and Wendy owned a home in Atherton, California.

In September 2020 Eric (and Wendy, technically) paid $31 million for a mansion in Montecito, California. Here's a video tour of this mansion:

In May 2021 Eric paid $61.5 million to acquire the former Beverly Hills estate of hotel tycoon Barron Hilton. In the first week of January 2021 he acquired the home next door for $5 million to create a three-acre private compound.

In mid-January 2022 Eric paid $65 million for an undeveloped plot of land high atop Beverly Hills. The 120-acre property, which is known as "Enchanted Hill" was being sold by the estate of Microsoft co-founder Paul Allen. Allen bought the property in 1997 for $20 million. Here's a video tour of Enchanted Hill:

Three months before Eric's purchase of Enchanted Hill became known, in October 2021, his daughter Sophie paid $22 million for a hilltop estate in Beverly Hills. Perhaps not coincidentally, Sophie's estate is just a five minute drive from Enchanted Hill. And in a really odd coincidence, the mansion directly across from Sophie's house was Paul Allen's longtime LA home. 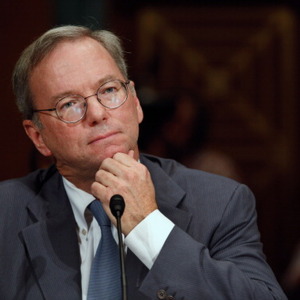