Enzo Ferrari net worth: Enzo Ferrari was an Italian racing driver and entrepreneur who had a net worth of $100 million at the time of his death. Enzo's net worth at the time of his death is extremely hard to pin down. Despite being the founder of one of the most famous luxury car companies in history that today has a market cap north of $30 billion, Enzo was never "rich" during his lifetime. In fact, Ferrari was always operated basically at a loss to fund his beloved racing team. In 1969, at a time when the company was struggling deeply, Enzo sold 50% of Ferrari to Fiat which was controlled by the Agnelli family. Upon his death, the Agnelli family bought an additional 40% of the company. The remaining 10% stake was inherited by his only surviving son, Piero.

When Ferrari was spun off as its own public company in October 2015, Piero's 10% stake was worth $2 billion. Today his stake is worth more than $3.5 billion. Also, how do you value Enzo's personal collection of Ferraris which during his life were valuable, but not to the insane degree they would eventually become. For example, if Enzo kept ONE 250 GTO in his own personal stable, it was worth less than $100,000 at the time of his death in 1984. Today that car would be worth $70 million. And that's just one car. 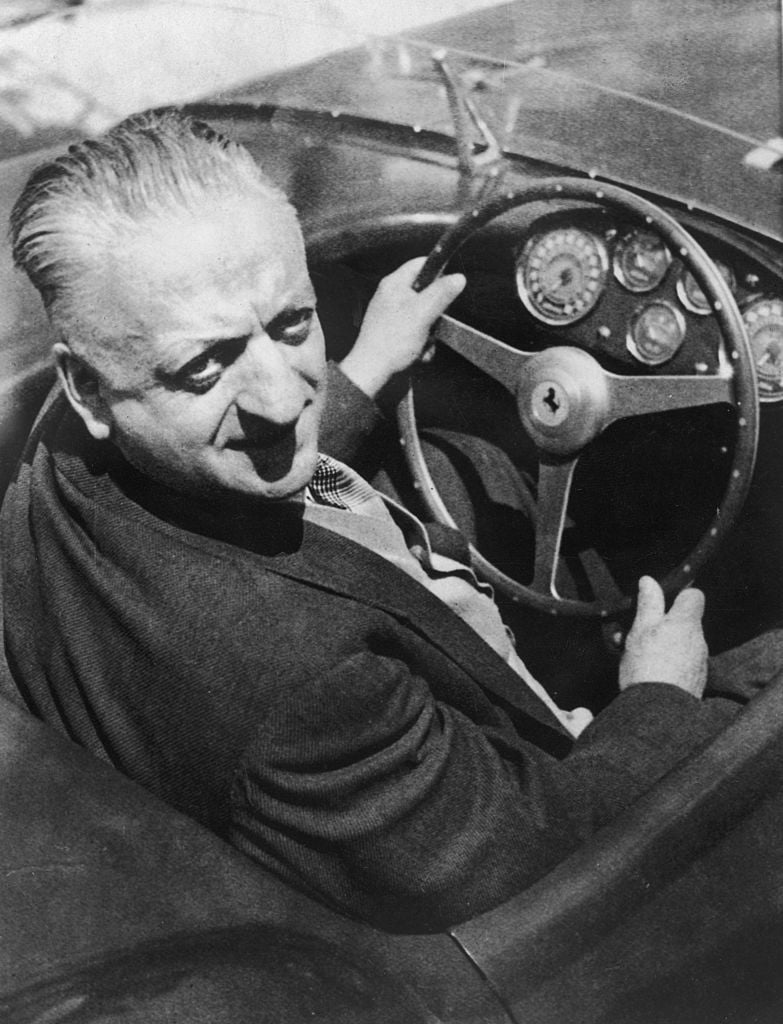 Enzo Ferrari was born in Modena, Kingdom of Italy in February 1898 and passed away in August 1988. He was the founder of the Scuderia Ferrari Grand Prix motor racing team and the Ferrari automobile brand. After his family's carpentry business collapsed he ended up joining the racing department of Alfa Romeo becoming a driver. He won his first Grand Prix in 1923 and had three wins in 1924. Enzo Ferrari also won Grand Prix's in 1927, 1928, and 1931. He was the subject of the 2003 film Ferrari and was played by Hugh Jackman in the 2017 biopic and by Remo Girone in the 2019 movie Ford v Ferrari. Enzo Ferrari was inducted into the Automotive Hall of Fame in 2000 He was married to Laura Dominica Garello from 1923 until her passing in 1978 and had two children: Alfredo Ferrari and Piero Ferrari. Enzo Ferrari passed away on August 14, 1988 at 90 years old.