Enrique Razon Jr net worth: Enrique Razon Jr is a Filipino billionaire who has a net worth of $5.1 billion. Enrique Razon Jr is the Chairman and CEO of the publicly-listed International Container Terminal Services, Inc. (ICTSI), which is the largest corporation in the Philippines supplying container port terminal services in Manila, Subic, Batangas, General Santos City, as well as in Poland and Brazil.

Being known as a loyal ally of the former President of the Philippines, Gloria Macapagal-Arroyo, Enrique was politically active and served as the treasurer of Team Unity during the 2007 Senatorial election. The politically involved businessman saw his fortune climb by $3 billion due to last May's listing of Bloomberry Resorts, his new Solaire Resort & Casino venture in which he retains a 71% stake. Then in December, he sold nearly 9% stake in Bloomberry to Global Gaming, the casino manager at much below market value as per a previously arranged deal. Apart from his professional engagements, Enrique Razon Jr is an avid golf player and as such he backs the Philippines Golf Tour. 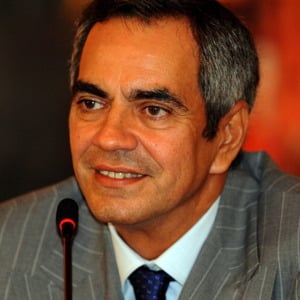