How much is Emilio Azcarraga Jean Worth?

Emilio Azcarraga Jean net worth: Emilio Azcarraga Jean is a Mexican businessman who has a net worth of $2.9 billion. Emilio Azcarraga Jean is the president and CEO of powerhouse Mexican TV broadcaster Televisa. He took over the CEO position at the age of 29, after the death of his father Emilio Azcárraga Milmo in 1997. Jean is credited for turning around Televisa into the prosperous company it is today, at one point saving it from a near bankruptcy. Today, the group is Mexico's lead company in content generation, creating hours of original programming, exported to dozens of countries, including the US. Azcarraga went to war with Carlos Slim, the world's richest man, having entered the telecommunication business after Mexican authorities finally allowed him to buy 50% of the stakes of mobile phone company Iusacell. Furthermore, he is on the boards of Grupo Financiero Banamex and Univision, as well as global board member of Endeavor, an international non-profit development organization that finds and supports high-impact entrepreneurs in emerging markets. 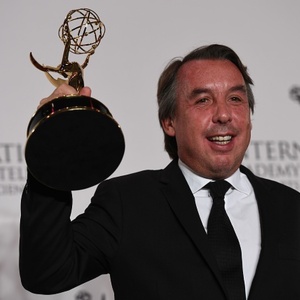