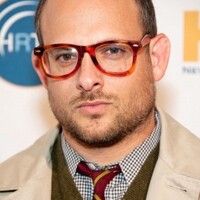 Eli Holzman net worth: Eli Holzman is an American television producer, screenwriter, and creator/developer who has a net worth of $20 million. Eli Holzman was born in Manhattan, New York in March 1974. He is best known for creating and being Executive Producer on the reality TV series Project Runway, Beauty and the Geek, Project Greenlight, Undercover Boss, and Models of the Runway. Holzman served as the head of Miramax Television as well as Ashton Kutcher's Katalyst Films. He currently serves as president of Studio Lambert. He has also produced the TV series The Block, Sylista, The Fairy Jobmother, Southern Fried Stings, Outlaw Empires, Trouble Next Door, Weed Country, The Million Second Quiz, The Pitch, Mystery Millionaire, True Tori, Chrisley Knows Best, and Consumed: The Real Restaurant Business. Holzman won Primetime Emmy Awards in 2012 and 2013 for Outstanding Reality Program for Undercover Boss. Holzman and three business partners founded QB Treats, LLC in 2008 to market frozen novelties.