Edgar Bronfman Sr Net Worth: Edgar Bronfman Sr was a Canadian-American businessman who had a net worth of $2.5 billion at the time of his death. Edgar Bronfman Sr. earned his net worth through his time as President, treasurer and director of Seagrams Ltd. Born as Edgar Miles Bronfman on June 20, 1929, in Montreal, Quebec, Canada, he is best known as the heir to Seagram's fortune. It was his Russian immigrant father who first started making money smuggling whiskey across the US-Canadian border and then acquired the largest distiller in the world, Seagram Company Ltd, in 1928. Edgar joined the family business in 1950, after he earned his BA from Williams College. Seven years later, he became the head of Seagram's American subsidiary. Edgar Bronfman Sr widened the range of products, improved the process of distribution and expanded the overall company's sales worldwide. In 1971, following his father's death, he took over as president, treasurer, and director of Distillers Corporation-Seagrams Ltd. His son Edgar Jr. succeeded him as CEO in 1994. In addition to Seagram Company Ltd, Bronfman Sr is also known to the general public for his leadership of the World Jewish Congress (WJC), an international federation of Jewish communities and organizations. A great philanthropist at heart, he has also donated large amounts of money to charity causes. As for his private life, was been married five times (twice to his third wife) and was the father of seven children. Edgar Bronfman Sr died on December 21, 2013. 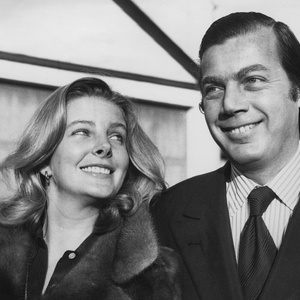