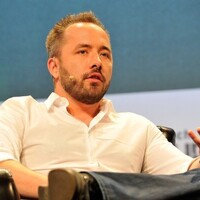 Drew Houston net worth and salary: Drew Houston is an American technology entrepreneur who has a net worth of $3 billion dollars. Drew Houston earned his fortune as the founder and CEO of the online storage and back up company, Dropbox. Houston first came up with the idea for his online company when he was a computer science student at Massachusetts of Information and Technology (MIT). Absent-minded Houston kept leaving his USB drive behind at the college dormitory. So his solution was to device something where he could store (and backup) his college work online and access it from any computer, making life a little easier. It suddenly dawned on Houston that his device can also benefit millions of people worldwide.

Houston along with fellow MIT graduate and close friend Arash Ferdowsi, founded Dropbox in 2007. Securing $15,000 from start-up funding firm, Y Combinator, Dropbox was officially launched a year later at TechCrunch50, an annual technology conference. Since its official launch, Dropbox has been hailed as one of the most successful start-ups in Silicon Valley. The San Francisco-based company is so successful, as it has rapidly gained popularity worldwide especially in United Kingdom, Germany and United States. Today more than 500 million people use Dropbox worldwide. Users of Dropbox can store documents, photos and even videos and share or access them easily. Dropbox went public in March 2018 and quickly achieved a market cap of $30 billion. At that level, Drew Houston's net worth was $3 billion.