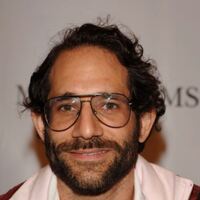 What is Dov Charney's Net Worth?

Dov Charney is a Canadian businessman and entrepreneur who has a net worth of $500 thousand. Charney is best known for being the founder of the American Apparel clothing line, which gained attention for its provocative ad campaigns. The company also promoted social causes like immigration and gay rights with its "Legalize LA" and "Legalize Gay" t-shirts. Dov was dismissed as the CEO of the company in 2014 due to legal issues, and American Apparel filed for bankruptcy the following year; the company was purchased by Gildan Activewear in 2017. Charney launched Los Angeles Apparel in 2016, and like American Apparel, the company's products are manufactured in the United States. In 2004, Dov was named Ernst & Young's Entrepreneur of the Year and "Apparel Magazine's" Man of the Year, and he has also been named one of the Top 100 powerful people in Southern California by the "Los Angeles Times."

When American Apparel went public in 2007, Charney's stake was worth $480 million dollars. Later that year, when the company's share price hit an all time peak of $15.5, Dov was worth $550 million and proclaiming to anyone who would listen that he was on his way to billionaire status. Unfortunately (and probably thanks largely to his own controversies), over the next seven years, American Apparel's stock price plummeted dramatically. In 2014, the stock frequently traded for less than 50 cents per share. At that level, his personal stake sunk to an all time low of less than $18 million.

As the stock plummeted, Dov never sold a single share. In June 2014, he was suspended, and the following month, Dov handed his remaining 47.2 million shares (roughly 27% of the outstanding stock) to a hedge fund called Standard General with the goal of combining forces to reclaim control of the company. Using his 47.2 million shares as collateral, Charney received a loan from Standard General so he could buy an even larger stake in American Apparel. In December 2014, Dov announced that Standard General had double-crossed him on their deal. He also claimed at the time that he was worth less than $100,000 and was sleeping on a friend's couch. 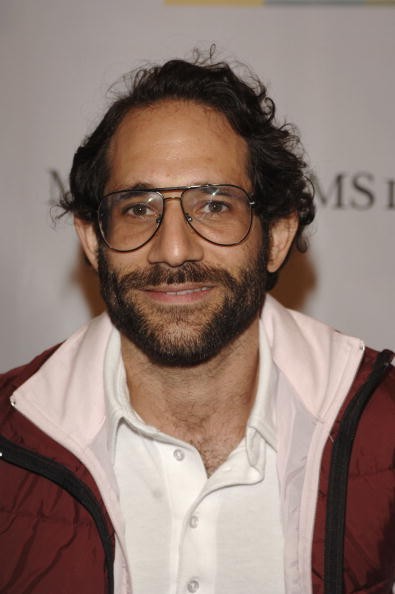 Dov Charney was born on January 31, 1969, in Montreal, Quebec. His mother, Sylvia, is an artist, and his father, Morris, is an architect, as is his maternal uncle, Moshe Safdie. Dov attended Choate Rosemary Hall in Connecticut and St. George's School of Montreal. While studying in the U.S., Charney imported Fruit of the Loom and Hanes t-shirts to his friends in Canada. He told "Vice Magazine" that he transported the clothing on Amtrak trains, stating, "I was buying 50 or 100 at a time, reselling them to my friends. Smuggling them into Canada and trying to make a dollar apiece. I also worked with my friends to sell them, so I was an employee of two of my friends. I was a street vendor. We'd get $50 each and we would sell the t-shirts." After graduating from high school, Dov enrolled at Tufts University, but he dropped out in 1990.

After Charney dropped out of Tufts, his parents lent him $10,000, and he launched American Apparel in South Carolina. There, he learned about wholesale and manufacturing, and in 1997, he moved to Los Angeles. By 2001, the company had made around $12 million, and in 2003, Dov opened American Apparel's first retail location in the Echo Park area of L.A. Within two years, there were more than 60 American Apparel stores in the U.S. and Europe, and there were 140 locations by 2006. By 2007, American Apparel was the largest t-shirt manufacturer in the U.S. By 2009, there were 281 retail locations, and the company's sales were $634 million dollars in 2014. In June of that year, Charney was suspended by the company and later terminated because he "repeatedly put himself in a position to be sued by numerous former employees for claims that include harassment, discrimination and assault."

In 2016, Dov founded a new company, Los Angeles Apparel, which employed 350 staff members during its second year in business. During the COVID-19 pandemic, Los Angeles Apparel began manufacturing medical gowns and face masks, often donating them to healthcare workers and members of law enforcement in L.A., New York City, Seattle, and Las Vegas. During the summer of 2020, the Los Angeles County Department of Public Health temporarily shut Los Angeles Apparel down after more than 300 employees tested positive COVID-19, with four of them dying.

Dov has been sued for sexual harassment multiple times, and each lawsuit was dismissed, settled, or sent to private arbitration. His lawyer, Keith Fink, stated, "In many instances, cases were defeated or dismissed. In other instances, cases were settled because the insurance company whose only goal is to save total dollars wanted to stop the legal bleeding on these cases." In 2004, "Jane" magazine's Claudine Ko published an essay revealing that Charney began pleasuring himself while she was interviewing him. In a later interview with Ko, Charney stated, "The world sees my interaction with you as a lewd act…I'm a sensitive individual, and had I the impression you weren't enjoying yourself, it would've ended immediately. I took you very seriously as a reporter. But I think the lines between personal and professional got blurry. And that's it."

In 2011, Dov was sued by former American Apparel employee Irene Morales, who claimed that he kept her as a sex slave when she was a teenager. The lawsuit alleged that Charney had posted nude photos of Morales on the internet, and Irene's original lawsuit, which had been filed a month earlier, accused Dov of "forcing her to perform sexual acts in his Manhattan apartment under the threat of losing her job." The lawsuit was sent to arbitration in 2012 after the "New York Post" reported that Morales allegedly sent Charney several nude photos of herself accompanied by suggestive messages when she was no longer working for the company. Irene's allegations are reportedly what led the board of American Apparel to oust Dov from the company.

Charney received the Marketing Excellence Award at the 2005 LA Fashion Awards, and in 2008, he was named Retailer of the Year at the Michael Awards for the Fashion Industry. Dov was also a finalist for "Time" magazine's 2009 "100 most influential people in the world" list.

In 2006, Charney paid $4.1 million for a home known as the Garbutt House in the Silver Lake area of Los Angeles. The home was built by Frank A. Garbutt in 1923, and his fear of fires, floods, and earthquakes led him to build the house out of concrete (even the roof). The home includes steel doors and more than 20 rooms, and it was listed on the National Register of Historic Places in 1987.