In 1991 he joined Northwest Airlines and then in 1995 he became Chief Financial Officer of America West Airlines. He worked in finance, sales, and operations before becoming Chairman and CEO in 2001, just 10 days before the September 11th terrorist attacks. He helped save the airline from a second bankruptcy by being the first to win a post 9/11 federal loan guarantee. He stayed on as CEO when American West Airlines and US Airways merged. Doug Parker became the CEO of the world's largest airline in 2013 when American Airlines parent company AMR Corporation and US Airways merged. In a typical year Doug earns around $19 million in salary and total compensation. He also owns roughly 1.8 million shares of AA which are worth around $60 million. 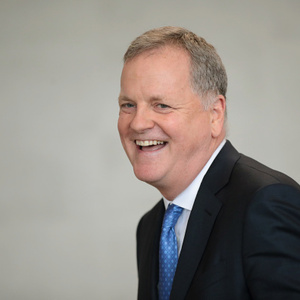