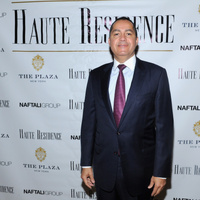 Don Peebles Net Worth: Don Peebles is an American real estate entrepreneur, political activist, and author who has a net worth of $350 million dollars. Born Roy Donahue Peebles in Washington, D.C., in 1960, Don Peebles worked as a Congressional Page in high school and enrolled in Rutgers University with plans to go to medical school. Peebles left the New Jersey university after one year and instead became a real estate agent in his hometown. When he was 23 years old, he founded his own real estate appraisal firm, RDP Corporation, and soon landed a spot on Washington's Board of Equalization and Review. Soon after, D.C.'s Mayor appointed him chairperson of the board. Through the late '80s and early '90s, Peebles scooped up real estate holdings, mainly development sites and commercial buildings, and developed a reputation as one of the best fundraisers for politicians and their campaigns. He eventually moved to Miami and relocated his business to the Florida hotbed, building The Residences at The Bath Club and the Royal Palm Hotel. He is the majority owner of Las Vegas' Mardi Gras Hotel & Casino and an outspoken supporter of Democratic candidates, including Bill Clinton and Barack Obama. Peebles is the author of two novels, "The Peebles Principles: Tales and Tactics from an Entrepreneur's Life of Winning Deals, Succeeding in Business, and Creating a Fortune from Scratch", and "The Peebles Path to Real Estate Wealth: How to Make Money in Any Market". He married his wife, Katrina, in 1994, and they have two children together. The Peebles family owns homes in New York City, Washington, D.C., Bridgehampton, and Coral Gables.