Don Blankenship net worth and salary: Don Blankenship is an American businessman, former coal magnate and convict who has a net worth of $40 million. Don Blankenship was born in Stopover, Kentucky on March 14, 1950. Blankenship graduated from Marshall University and started in the coal industry in 1972. He served as the Chairman and CEO of the Massey Energy Company from 2000 until 2010.

In 2014, Blankenship was indicted by a federal grand jury for conspiracy, making false statements, and securities fraud regarding the 29 miners that were killed in Massey's Upper Big Branch Mine in Raleigh County, West Virginia on April 5, 2010. As a result of the charges, he could have been sentenced to 30 years in prison. In December 2015 Don Blankenship was found guilty of a misdemeanor charge of conspiracy and acquitted on felony charges regarding lying about safety procedures. He was sentenced to one year in prison and ordered to pay a $250,000 fine. He served the full one year term of his sentence. Blankenship was a financial backer of the Republican party. He was paid $17.8 million in 2009 which made him the highest paid person in the coal industry for that year. He earned $19.7 million in 2008 and $6 million in 2007. In 2010 it was also revealed that Blankenship has a deferred compensation package that was worth $27 million. In 2018, Blankenship launched a campaign for US Senate. As part of his Senate race, Don produced a series of videos that were sharply critical of Mitch McConnell and featured extremely racist and derogatory false statements. 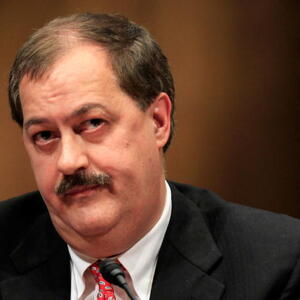