Dina Dwyer-Owens net worth: Dina Dwyer-Owens is an American CEO and Chairwoman of The Dwyer Group who has a net worth of $50 million. Dina Dwyer-Owens will be featured in an upcoming episode of the CBS television show Undercover Boss. The Dwyer Group is the parent company of 7 major franchise trade service brands including Aire Serv Heating & Air Conditionion, Mr. Rooter Plumbing, Mr. Electric, and others. The Dwyer Group's companies offer a wide variety of services through 1500 different franchises scattered across North America. The company was started by Dina's father Don Dwyer, Sr in Waco Texas. In addition to being the CEO and Chairwoman, Dina is also a wife and mother of two children. She was also the Chairwoman of the International Franchise Association and maintains a blog and released a book called Live R.I.C.H (Respect, Integrity, Customer focus and Having fun in the process). 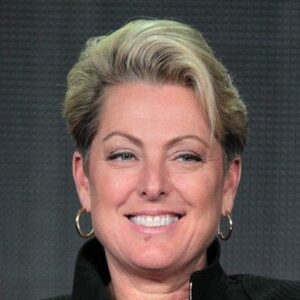