Dennis Crowley net worth: Dennis Crowley is an American entrepreneur and businessman who has a net worth of $30 million dollars. After receiving his Masters Degree in Interactive Telecommunications from New York University, Dennis Crowley co-founded "Dodgeball" and "foursquare", two social networking sites that went on to be quite popular. Then, as usually happens when something gets popular in the tech world, bigger dogs came a' calling: "Dodgeball" was bought by Google in the mid-2000s, while "foursquare" continues to have millions of users all over the world.

Crowley was born in Medway, Massachusetts in June 1976. He graduated from Xaverian Brothers High School, going on to earn his B.A. from Syracuse University before then getting his master's degree from New York University's Tisch School of the Arts. While at Syracuse he and his friends would often throw parties and charge freshman to get in, showing a shrewd sense of business even at a time when most people are only concerned with fun and connecting to other human beings. At one party they are said to have made $1600.
While at NYU Dennis started the Dodgeball, a location based social networking software for mobile devices in 2003. In 2005 Dodgeball was sold to Google. In 2009 Crowley launched Foursquare which was a more expanded version of Dodgeball. In the summer of 2012 Foursquare had 25 million users. He has also worked for Google and MTV. His blog Teendrama even earned him college credit. He lost his girlfriend, job, and home in the September 11, 2011 attacks in New York. He has been named to Crain's New York Business 40 under 40 in 2011, as well as the same list by Fortune Magazine. AskMen.com ranked him #19 on their list of most influential men in 2010. MIT Technology Review listed him on their top 35 innovators under 35 years old. He was involved in controversy when he produced a fake Boston Marathon bib for his wife in 2014. 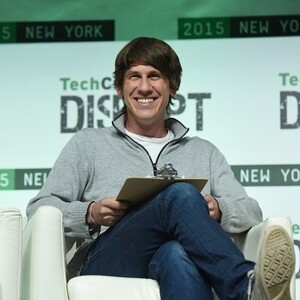