Debbi Fields Net Worth: Debbi Fields is an American entrepreneur and author who has a net worth of $200 million dollars. She was born Debra Jane Sivyer in Oakland, California, in 1956 as the youngest of five children. Debbi Fields is best-known as the founder of the global brand Mrs. Fields Cookies. She was one of the first Oakland A's ball girls during the '60s and used her five-dollars-an-hour earnings to start her cookie business when she was 13 years old. When Fields was 19, she wed her first husband, Randy Fields. She launched her cookie company in Palo, Alto, California, in 1977, when she was a 20-year-old housewife. She and Randy have five children together, all daughters. They divorced in 1997. Fields' cookie baking business would eventually expand to include more than 650 bakeries in the U.S. and close to 100 overseas. The company franchised in 1990 and was later sold during the early '90s. Fields remains the business' spokeswoman. She is the author of a handful of cookbooks, including the first to ever top the "New York Times" bestseller list. She is famous for her motto, "Good Enough Never Is". Fields and her second husband, former Holiday Inn and Harrah's CEO Michael Rose were from 1998 until his death in 2017. They lived much of their life together in Memphis, Tennessee. They also owned a 500+ acre ranch in Aspen, Colorado which they listed for sale in 2008 for $25 million and then in 2010 for $28 million. Michael bought the undeveloped land in 1993 for $4.8 million. In 2002 the built an 11,000 square foot home inspired by Japanese architecture.

Michael started his career as a lawyer in Cincinnati who represented one of the largest owners of Holiday Inn franchises. Through that relationship, Michael helped turn around the struggling Holiday Inn parent company and was eventually named Chairman of the company's board. During his reign, Holiday Corp owned Holiday Inn, Hampton Inns, Embassy Suites and Harrah's Casinos.

In the 1980s, Debbie and her first husband owned a 200,000 acre ranch in Utah which became a bone of contention during their divorce trial. The couple fought bitterly over who should actually own the ranch and ultimately lost it to foreclosure after years of neglect and unpaid taxes. The ranch, which sat vacant for a decade while the battle was raging, was bought at auction for $3.5 million in 2011. After years of renovations, the new owner put the ranch on the market for $45 million in September 2019. 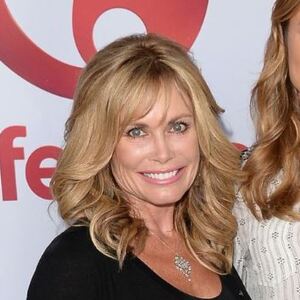