What is David Stern's Net Worth?

David Stern was a lawyer and business executive who served as the Commissioner of the NBA from 1984 to 2014. At the time of his death, David Stern had a net worth of $135 million. Among other achievements, he is credited with cultivating and broadening the NBA's audience through training camps, international recruitments, and an increase in broadcasting and digital presence. Stern retired after 30 years as the longest-tenured commissioner in the history of major sports leagues in North America.

Over his 30 year tenure as commissioner, Stern transformed the National Basketball Association into a hugely popular global sensation and profit engine. During the 1982-83 season, the NBA's total revenues were a paltry $118 million. In 2013, league revenues topped $5 billion. In 2016, league revenues topped $8 billion. Back in 1983, the Sacramento Kings sold for $10.5 million, in May 2013, the same team sold for $534 million. When Stern took over, the NBA playoffs were on only shown on tape delay (of course there also was no internet to spoil the outcome). Today nearly every game is televised live in 215 countries. Stern is also famous for dealing with several NBA lockouts when the league and its players could not agree on salary compromises.

Stern announced his retirement from the NBA on February 1st, 2014. He was succeeded by protege Adam Silver.

What was David Stern's annual salary when he served as commissioner of the NBA? $20 million.

David Stern was born in 1942 in New York City, New York as one of three children in a Jewish household. His parents, Anna and William, raised him in Teaneck, New Jersey. As a kid, Stern was a fan of the New York Knicks, and often attended games with his father at Madison Square Garden. He went to Teaneck High School, and then to Rutgers University, from which he graduated with a bachelor's degree in history in 1963. Following this, Stern attended law school at Columbia University, earning his J.D. in 1966.

After graduating from Columbia's law school, Stern joined the law firm Proskauer, Rose, Goetz & Mendelsohn, which is known for representing the NBA. With the firm, Stern was the lead attorney in the case of Robertson vs National Basketball Association, a landmark lawsuit launched by star player Oscar Robertson. In 1978, Stern left the firm to become the NBA's General Counsel under Commissioner Larry O'Brien. Two years later, he was promoted to the position of NBA vice president for business and legal affairs, putting him in charge of public relations and marketing. It was during this time that Stern helped drive two landmark agreements with the NBA Players' Association: a team salary cap and mandatory drug testing. In regard to the latter, the NBA became the first major North American sports league to implement drug testing.

Stern became the Commissioner of the NBA in February of 1984. Rather than focus on marketing the league's teams, he decided to emphasize the power of star players such as Larry Bird, Magic Johnson, and Michael Jordan. Stern's business acumen did wonders for the league, as he was able to turn declining viewership into substantial global growth. One of the ways he did this was by creating an international presence for the league, such as offering Argentina Channel 9 the rights to air weekly NBA highlights, and shipping VHS tapes to China's state-run television station. Stern also significantly expanded the league's audience by setting up international training camps and exhibition games, and by recruiting more players from around the world. During his tenure, the NBA opened 12 offices outside of the United States, and broadcast to over 200 territories in more than 40 languages. Additionally, a total of seven new franchises were added to the league during Stern's tenure, including the first Canadian teams, the Toronto Raptors and the Vancouver Grizzlies. 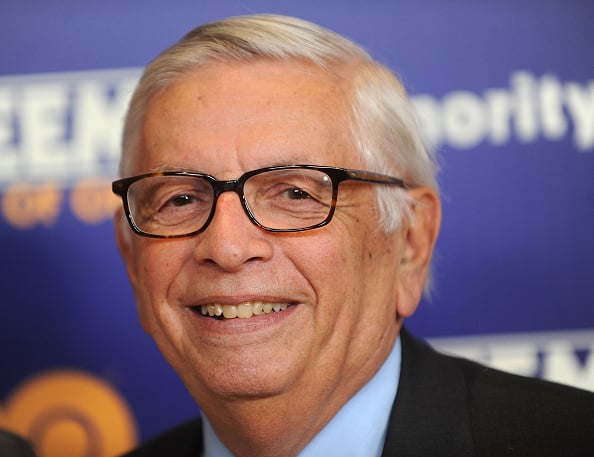 Among his other influential efforts as NBA Commissioner, Stern was integral in the push to allow professional athletes to participate in the Olympics, leading to the famous 1992 US Olympic Dream Team. Moreover, due to Magic Johnson's recent HIV diagnosis, Stern helped educate the public about the nature of the virus, and got the NBA to implement infection-control procedures. Also in the 90s, he helped found both the Women's National Basketball Association and the NBA G League. Later, in 2006, Stern aided in the NBA's institution of a minimum age policy, with players no longer able to be selected directly out of high school. On the media front, Stern helped the NBA launch its digital presence with NBA TV, NBA.com, and NBA League Pass. He also created the social responsibility program NBA Cares. Stern retired in 2014, at which time he was the longest-tenured commissioner in major North American sports league history.

Beyond the NBA, Stern was professionally involved with both of his college alma maters. At Rutgers University, he served on the Board of Overseers. Meanwhile, at Columbia University, he was a Chair Emeritus of the Board of Trustees. In addition to these positions, Stern was a member of the Council on Foreign Relations, a non-profit think tank specializing in US foreign policy and global affairs.

In recognition of his career, Stern received the Olympic Order in 2012. Two years later, he was inducted into the Naismith Memorial Basketball Hall of Fame. Later, in 2016, Stern became a member of the FIBA Hall of Fame.

In 1963, Stern married Dianne Bock; together, they had two sons named Eric and Andrew, and resided in Scarsdale, New York.

Late in 2019, Stern underwent emergency surgery after suffering a brain hemorrhage. Not long after, on New Year's Day in 2020, he passed away at the age of 77. For the remainder of the basketball season, all the NBA teams wore black bands on their jerseys in remembrance of Stern. 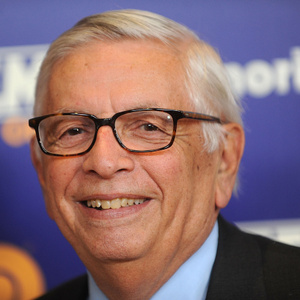